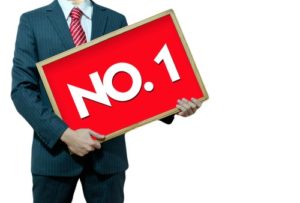 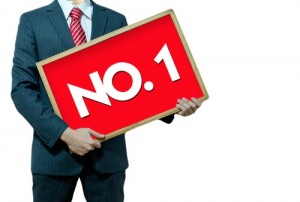 (Reuters) – Bain Capital has been leading private equity firms in using a controversial financing strategy to generate low-tax special dividends for itself and its investors for nearly the last decade.

Private equity firms, sometimes in consortiums with competitors, typically buy large stakes in established corporations with the goal of improving their performance and reselling them later at a profit.

Dividend recapitalization, which is legal, is a shortcut through this process. Instead of waiting to take profits when an acquisition is resold, the private equity firm arranges for the company to borrow money, either through a bank loan or a bond issue, often of speculative grade. The private equity firm then channels the proceeds to itself and its investors through a dividend.

Private equity firms also use this strategy to generate profits from companies they have already taken public, but which have not found a buyer or whose stock price is lagging.

Dividend recapitalization loans allow the private equity firm to extract some money from its investment while maintaining its control of it.

“It’s a way to put some cash in your pocket but still have control of a company when it is attractive to buyers at a later point,” said Joseph Doloboff, a partner with the law firm of Blank Rome who has been involved in some dividend deals, but none for Bain Capital.

Some have criticized the dividend recap strategy for saddling companies with debt and for the 15 percent U.S. tax treatment often applied to the payouts, which is far below the 35 percent top individual income tax rate.

“It seems like taxpayers are participants to the deals,” said Chuck Marr, director of federal tax policy at the left-leaning think tank Center on Budget and Policy Priorities.

If Congress does not intervene, the 15 percent tax treatment of qualified dividends will end in January. Anticipation of a possible increase in the dividend tax has boosted dividend recap activity.

Bank-loan financed dividend recaps paid out a record $34.1 billion to private equity firms in the first nine months of this year, well above $25.5 billion for all of 2011, according to financial data tracker S&P Capital IQ.

Over the nearly 10-year period analyzed by Reuters, Bain helped arrange, or was one of the firms involved in, at least 12 bank-loan financed payouts worth nearly $11.9 billion. The deals included such household names as Dunkin’ Brands Group Inc and Domino’s Pizza Inc, according to Thomson Reuters LPC.
Reuters could not determine if or by how much Mitt Romney, the unsuccessful Republican presidential candidate who co-founded Bain Capital, benefited from the firm’s use of the dividend recapitalization strategy. Romney, who headed Bain Capital from 1984 to 1999, owns stakes in many of its funds.

A spokeswoman for Romney during the 2012 political campaign referred questions to Bain Capital spokeswoman Charlyn Lusk, who declined to comment for this story.

Compared with Bain, other private equity firms were involved in fewer dividend recapitalization deals during the period Reuters analyzed.

Here are the number and total value of deals involving Bain and some of its rivals from 2003 through June 2012, according to LPC.

The LPC data excludes payouts financed by bonds instead of bank loans. While bond-financed payouts surged in 2010 and 2011, they have historically been about a third or less of total payout volume, according to S&P Capital IQ.

KKR, Apollo and TPG declined to comment; Blackstone and Thomas H. Lee did not respond to requests for comment.

Some dividend recap payouts are not considered qualified dividends but nontaxable returns of capital to investors. It is not known how many payouts by companies owned or controlled by Bain or other private equity firms have qualified for the zero-percent tax treatment.