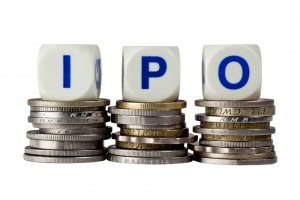 When shares pop after an IPO, it’s common to hear griping that the company left money on the table and should’ve priced shares higher. But one VC says nothing could be further from the truth.

“What you want to do is give your stock a cushion that allows for appreciation,” says Hany Nada, general partner at GGV Ventures. Nada, speaking at this week’s Venture 2013 conference in San Francisco, says he likes to see companies that go public leave about 25% post-IPO upside for share prices. That way, investors are happy, and company executives can focus on execution rather than worry about the stock price.

It may not be the most conventional view. However, no one would argue that the reverse situation – a post-IPO share price drop – is a good thing. When that happens, Nada says, “you’re in the penalty box for at least a year” with investors. By giving shares some room to rise, he says, early investors are more likely to remain as longer-term holders.

Nada pointed to one example of  post-IPO appreciation — a Chinese company in GGV’s portfolio that went public in November. (Nada didn’t name the company but it  fits the profile of YY, the operator of a China-based social networking platform.) The company went public at around $10 a share, in last fall’s less hospitable IPO environment, and is now trading at just under $30. While that certainly exceeds the 25% appreciation threshold Nada recommended, it does provide an example of the kind of post-IPO performance that makes early investors happy.

As for VCs’ other big concern – making LPs happy – Nada’s advice is to wait to distribute capital until after an IPO. While LPs often want distributions quickly after lockup, Nada says his firm holds shares for an average of about 19 months after an IPO.

While there may be pressure to distribute sooner, he says, “you’re leaving a lot of money on the table by distributing or selling early.”