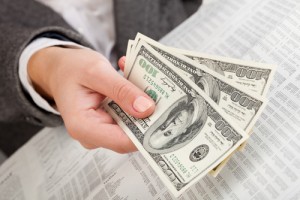 Willis Stein & Partners gave LPs of its third fund the option to cash out or stay in a new partnership, says Avy Stein, a managing partner.

Chicago-based Willis Stein is staying on as GP of fund III, he says. Those investors that are remaining in the pool retain its old terms, he says. New investors, however, put in capital under new terms, he says.

Stein declined to disclose terms, but says the transaction is “the standard partnership.”

A majority of investors of fund III elected to receive cash, while a “significant number” chose to invest in the partnership, according to a statement.

The value of the partnership is “roughly $300 million of equity value,” Stein says.

Stein says he’s happy with the current transaction. “This is the right solution that gives those that needed liquidity that option,” he says. “At the same time, it’s creating a stable environment for investors that want to stay in.

Willis Stein third fund raised $1.8 billion in 2001. The middle market firm invests an average of $100 million equity per deal in sectors such as education, recycling/business services and telecommunications.

Separately, Hancock Park Associates also gave LPs the option to exit its most recent fund, Bloomberg News reports. Certain LPs requested liquidity after finding out that Hancock would take longer to exit its investment in Charming Charlie than expected, the story says.

Hancock hired Sixpoint Partners to represent LPs in a secondary process, the story says. A small portion of LP stakes that were put up for sale have found buyers, Bloomberg says.

The Los Angeles-based PE firm is currently investing out of Hancock Park Capital III LP, which raised $256 million in 2005.