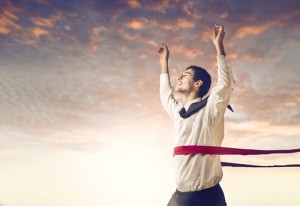 After a year on the fund-raising trail, Toronto-based buyout firm Imperial Capital Group has exceeded the $250 million target set for its fifth fund, Imperial Capital Acquisition Fund V, peHUB Canada has learned. That’s double the capital committed to the firm’s previous fund, which closed in 2009.

But Imperial is not done yet. In an exclusive interview with peHUB Canada, the firm’s co-founder and managing partner Jeff Rosenthal said “a considerable number” of outstanding commitments are likely to further increase the size of Fund V. He expects a final close nearer to $300 million before the end of 2013.

That’s not a small achievement in one of the toughest fund-raising markets on record.

What make Imperial’s success all the more impressive is that the investor base of its latest fund, made up primarily of high-net wealth (HNW) investors and family offices, totals 165 – a number that might cause heads to spin in the back offices of other PE firms.

But Rosenthal says Imperial has since its founding in 1989 had a close rapport with HNW investors. That rapport has contributed to an entrepreneurial and partner-oriented culture that he and co-founder and managing partner Steve Lister have cultivated at the firm over the years. It’s reflected in Imperial’s governance, its market relationships, and its investment style.

Rosenthal calls it “feel and fit.” 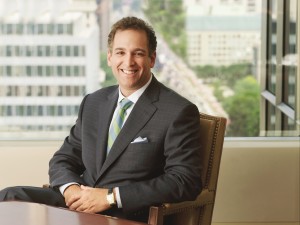 “Steve and I both have entrepreneurial backgrounds, and we cut our teeth in the private equity business by working with HNW investors,” said Rosenthal. “These are very creative, very successful people” who bring more than just capital commitments, he noted. They “add value in a host of ways”, which includes an important contribution to the firm’s deal-making opportunities.

Imperial typically makes control-stake investments in lower mid-market companies located across Canada and the U.S. Enterprises most often have EBITDA in the range of $5 million and $15 million. They also tend to be led by managers with strong entrepreneurial instincts who feel a special resonance with Imperial “because they recognize that we are fellow entrepreneurs, rather than coming from a large institutional environment,” said Rosenthal.

Imperial also resonates with business leaders because the firm’s investment pros know a thing or two about the sectors in which they operate. Long before the current PE trend favouring specialization, Imperial staked out a niche focus on three key sectors – branded consumer products, business services, and healthcare.

Rosenthal said this process was “evolutionary, not revolutionary.” He nonetheless acknowledged that Imperial’s accumulated sector knowledge and ability to undertake “deep dive” proprietary research has probably given it a competitive edge when it comes to sourcing opportunities, making acquisitions, and creating value.

The firm’s sector practice is evident in Kenra, an Indianapolis, Indiana-based producer of professional hair care products – bought in 2007 following research facilitated by Imperial’s CEO Partner Program, an initiative that allows its deal team to tap the expertise of seasoned executives. Partnering with a revamped company management team, Imperial helped create a more profitable and focused Kenra, and solidified its market position at a time of severe economic downturn, said Rosenthal. The enterprise’s sale in 2010 generated a multiple of 3.1x invested capital.

In another example, the firm in 2008 acquired Cincinnati, Ohio’s Schulman Associates IRB, a provider of clinical research review services to the pharmaceutical sector. Schulman is perhaps emblematic of the type of companies that most appeal to Imperial – the business is necessity-based and recession-resistant, and its growth potential is supported by emerging demographic trends.

Imperial saw similar potential in Markham, Ont.-based AIM Health Group, a healthcare services provider taken private in 2011 with founder and CEO Dr. Lu Barbuto. The deal freed AIM from a “liquidity trap” and gave it new strategic direction, said Rosenthal. Within two years, two of AIM’s divisions were spun out. This included the clinical services division, which was acquired by a strategic buyer in July. Thereafter, the partners have been able to concentrate on the company’s corporate services unit, now operating as Workplace Health and Cost Solutions.

Imperial has to date made a dozen platform investments, and completed around 30-40 add-on acquisitions. The firm usually aims for a 30 percent net IRR on its deals, though its track record has shown net IRRs “considerably in excess of that,” said Rosenthal. Realizations have tended to triple the firm’s original capital investment.

There will be no “strategy drift” with Fund V, despite its larger capital pool. Imperial will instead undertake a few more sector-specific investments at consistent size ranges, keeping resources available for follow-ons. The firm made its first Fund V investment in May, and is currently planning for two new acquisitions and another exit in the coming months.

Imperial’s 24-year history began when Rosenthal and Lister met in a real estate transaction. In their 20s at the time, “we didn’t know what we didn’t know,” said Rosenthal, but the duo found they had a lot in common. In the early 1990s, he and Lister resolved to raise a PE fund, and ended up knocking on the doors of “approximately 400” HNW investors. The result was a $2.7 million close on the firm’s debut fund.

Rosenthal said the firm was really put on the map in an early deal involving engineering consulting specialist Stantec. Founded in 1954 by Dr. Don Stanley, the company was by 1993 contending with succession issues. An “elephant” from Imperial’s perspective, it was bought with the help of institutional co-investors, and taken public in 1994. The Edmonton, Alta.-based Stantec is today a multi-billion dollar corporation, with close to 13,000 employees and over 200 locations worldwide.