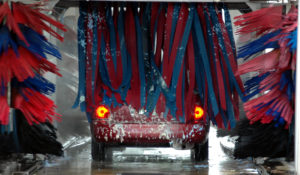 Private equity firms are quickly snatching up car wash businesses. PE Hub has identified several lower-mid-market PE firms that have announced deals in the space since the beginning of the year.

The sector is highly ripe for PE investments, especially as many owners look to retire and cash in on decades of building successful local businesses. In addition, new technologies, including data science and artificial intelligence, are revolutionizing the car wash business. Express services have become especially popular. Membership models are also satisfying PE’s appetite for recurring revenues.

The growth of car wash businesses comes at a time when many auto makers are struggling to meet demand for new cars, due to supply chain challenges that slowed total output during the pandemic. The shortage of key parts and microchips has motivated motorists to take greater care of their vehicles.

As car ownership represents one the biggest investments many people can make, outside home ownership, caring for it is a priority. “Whether new or old, maintaining one’s car is important,” Gary Dennis, founding partner and vice chairman of Mammoth Holdings, told PE Hub.  A trip to the local car wash is both emotional and economic, he said.

Just like dry cleaners, car washes have traditionally been local businesses run by a family or a group of friends. “As platforms have emerged, larger PE groups are taking notice and have platforms of significant scale to now invest in,” said Dennis.

“Over the last few years, the professional investor class has discovered the appealing attributes of the car wash business: the basic service, strong margins, low working capital, labor efficient, recurring revenue base, and that the industry is highly fragmented and ripe for consolidation,” Dennis explained.

Mammoth “seeks to be the partner-of-choice for car wash operators who desire liquidity, growth capital, and a tax-deferred equity investment opportunity,” according to a press release. The firm has almost 100 car wash sites under its operations. Earlier in May, the firm announced the acquisition of a Jax, “a single-site, flex-serve,” conveyor car wash in Bradenton, Florida. In April, Mammoth acquired three operating express conveyor car wash operations in Florida under the brand name Coastal Carwash.

Mammoth is far from the only game in town.

Atlantic Street Capital, based in Greenwich, Connecticut, is also active in car washes. The firm made an initial investment in Zips Car Wash, headquartered in Plano, Texas, in 2020. Since its initial investment, ASC has increased Zips’ EBITDA more than six-fold and grown total sites from 185 to 235 locations. A driver of growth was the company’s subscription-based model. In May, ASC expanded its investment.

Wildcat Capital Management, which was originally founded as the family office of TPG Capital founding partner David Bonderman, is also expanding its portfolio in car washes.  The New York firm currently operates approximately 130 car wash sites and plans to add an additional 150 sites over the next two years.

In January, Wildcat added Rapid Express Car Wash to its growing business, which include Club Car Wash and Express Wash Concepts. Drew Tarlow, the firm’s managing director said the two platforms “delivered incredible financial results” and hopes Rapid Express will do the same. EWC grew by nearly 400 percent in the past three years, according to Wildcat.

Beyond lower-mid-market firms, early-stage and growth-stage firms are betting they can evolutionize the car wash business by investing in modern platforms, which are supported by enhanced data analyzing techniques and artificial intelligence to create bigger returns.

Earlier in May, investment firm Point72 Hyperscale, based in Menlo Park, California, acquired a majority stake in Tsunami, a car wash business specializing in express services with sites in the Midwest. “We focus on identifying industries that are ripe for disruption and invest in data-rich companies where applied AI can help provide superior products and services,” Point72 Hyperscale managing partner Dan Gwak said in a statement.

PE Hub is watching this space and expects many more deals to come.