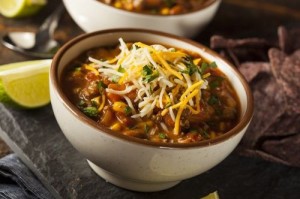 Z’Tejas Southwestern Grill, a portfolio company backed by KarpReilly, has hired Mastodon Ventures to advise on strategic alternatives, two sources said. This could include a sale, the sources said.

Austin, Texas-based Mastodon, an investment bank that specializes in the restaurant industry, also advised Elephant Bar, another KarpReilly company, when it was searching for a buyer last year. Mastodon found several bidders for Elephant Bar but a sale did not occur, court documents said. Elephant Bar ended up filing for bankruptcy reorganization on June 16. Mastodon is currently handing the bankruptcy auction of Elephant Bar, peHUB has reported.

KarpReilly invested in Z’Tejas in May 2007 when it took a majority stake. The deal was valued at between $25 million to $35 million, according to press reports at the time.

Z’Tejas, of Austin, offers Southwestern menu items such as Blackened Tilapia, Diablo Pasta and Jerk Chicken Salad. It is unclear how much revenue the company produces. In 2012, Z’Tejas operated 11 restaurants in six cities in the western United States. Z’Tejas is expected to attract the interest of regional operators, a source said.

KarpReilly, of Greenwich, Connecticut, focuses on small to mid-sized growth companies. The PE firm typically invests $10 million to $75 million equity per deal in sectors such as restaurants, consumer products and building products, according to the firm website. In January 2013, KarpReilly said it collected $360 million with two funds, including the firm’s flagship pool that closed at $210 million. The other pool, KarpReilly Co-Investment Fund II LP, collected about $150 million.

The firm’s debut fund, KarpReilly Capital Partners LP, closed at $180 million in 2008, a KarpReilly statement said. Performance data for the pool was not available.

Executives for Z’Tejas, KarpReilly and Mastodon did not respond to requests for comment.