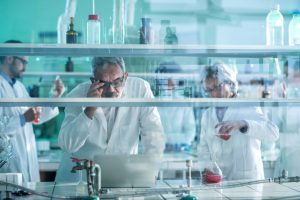 “It’s a market where we believe that building a business we want to own may require being creative where we want to do it – and in how we do it,” Richard Relyea, co-head of  3i’s North American Private Equity team, told PE Hub.

Ten23, headquartered in Basel, Switzerland, will at the outset focus on formulation development, drug product development and manufacturing, as well as testing services for sterile pharmaceutical products. Over time, it will seek organic opportunities and acquisitions to expand into new manufacturing or services categories to meet market needs as well as expand geographically.

“Certainly growing operations in North America will be on our agenda,” Relyea, partner and managing director of 3i, said. So far a lab facility has been acquired in Basel, while it has also recruited a significant portion of the team to support Mahler, who will lead the company as CEO.

Although 3i doesn’t typically back a business that it is starting from scratch, ten23 is a continuation of an effort that’s been more than 10 years in the making, Relyea said. The firm’s investment focus in the ecosystem that supports the pharmaceutical value chain dates back many years – with CRO Quintiles marking one of Relyea’s first investments after joining 3i in 2007.

Its attention on the biologics side started about a decade ago, with its investment in SaniSure a good starting point for that, Relyea said.

3i formed SaniSure in 2020 through the marriage of four different businesses – SaniSure, Cellon, TBL and Silicone Altimex – to create a scale pure-play platform in the bioprocessing market. The latter entity was the starting point for what ultimately became SaniSure, having acquired Silicon Altimex via portfolio company Q Holding in 2015, carving it out to join the new platform in 2020.

SaniSure, which designs and manufactures single-use systems and components for drug and vaccine manufacturing, “is another space where you need to be creative because it’s a very sought-after space, [has] clear secular trends, and scarcity of scale targets,” Relyea said. In both instances [SaniSure, and now, ten23], “we thought the best way to do that was to build it,” he added.

It was via SaniSure and the deals precipitating the combined platform that 3i through mutual industry relationships got to know Dr. Mahler, Relyea said. “He’s a great cultural fit” and “has great conviction and beliefs in what the market needs,” Relyea said of Mahler.

The executive previously built a successful business within Lonza focused on drug product formulation development services and fill-and-finish manufacturing for biologics. Before that, he was the head of pharmaceutical development & supplies at Roche, where he built its biologics product development organization.

Broadly speaking, the underlying market drivers are very compelling, Relyea said, pointing to the significant pipeline of new biologics clinical trials – a number of which are being supported by biotechs that lack formulation or manufacturing capabilities.

Formulation services can significantly benefit pharmaceutical sponsors in reducing product failure, accelerating time to market or providing better actual product outcomes, for example. “There’s a lot of value in formulation manufacturing, especially as you look at a market like biologics that is undergoing a lot of changes to delivery mechanisms in order to reduce costs,” Relyea said.

Most funds for 3i investments come from its own balance sheet, giving the firm flexibility both in terms of the size of the investment it makes and the ownership timeline. While no set pool of capital has been committed for ten23, in a typical deal, 3i will invest in assets with an enterprise value in the range of €100 million (~$118 million) to €500 million ($590 million).