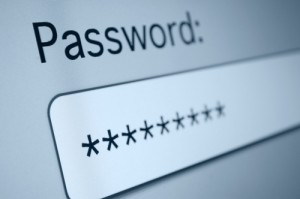 Marking its third cybersecurity-focused investment of the year, Advent International has led a $35 million funding round into HYPR, a passwordless authenticator.

On the heels of its $1.4 billion take-private of cybersecurity company Forescout Technologies last year, Advent has led funding rounds in younger industry players totaling nearly $200 million since March. These included the HYPR investment and a pair of recent bets.

Unlike past investments, HYPR specifically looks at password-related risks within the cybersecurity space. The authentication platform eliminates the need for users to provide the traditional username and password combination or use password-based multi-factor authentications.

In other words, HYPR allows employees to sign in through a passwordless authenticator, which will also alert the operator to lock the workstation in the event that it is left unattended, thereby eliminating phishing and fraud.

Boston-based Advent does not consider HYPR to be a venture or a company-building investment. “We kind of think of this investment as a scaling exercise,” said Ashwin Krishnan, a principal on the firm’s technology team in New York.

Founded in 2014, HYPR will use the Series C funding to strengthen its product support team and increase its global headcount. “It’s bursting at the seams and we’d like to achieve really strong SLAs,” said George Avetisov, HYPR’s co-founder and chief executive, referring to service-level agreements that ensure customers receive a certain quality of service.

“When we talk about scaling, a lot of companies tend to focus on sales and marketing, which puts incredible stress on the engineering team,” Avetisov said. “We are trying to keep the balance.”

The deal, which closed on March 30, followed HYPR’s $18.3 million Series B financing round led by Comcast Ventures in 2019. HYPR since then has grown its annual recurring revenue by more than 300 percent, according to the press release.

The jump in revenue, Avetisov said, can be partially attributed to the significant increase in small and medium-sized businesses going passwordless.

Advent first engaged with HYPR earlier this year, entering the fundraising process later on. “We were several weeks into the fundraising and paused everything to engage with them,” the CEO said, clarifying that the company had already narrowed down the list of investors.

For HYPR, the impetus was Advent’s cybersecurity and identity theft domain knowledge.

Early last year, Advent made a big wave in the industry through its take-private of Forescout Technologies, a network security company that went public in 2017. The firm along with Crosspoint Capital purchased the IoT company for more than $1 billion in a deal fraught with uncertainties.

Update: This report has been updated to clarify Advent’s total funding in cybersecurity year-to-date.