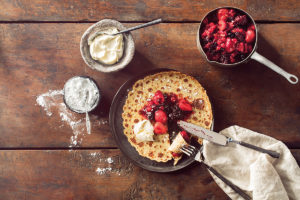 Advent International is well on its way to building a giant food portfolio under Sovos Brands.

“Retail sales of Birch Benders were over $70 million in the last 12 months,” said an industry source. “The business has been growing at this level [in the high double-digits] since inception.”

With the addition of Birch Benders, Sovos’ yearly retail sales will exceed $750 million, according to the press release.

The deal, which is expected to close this fall, picked up pace this summer. “We were actually introduced to Matt LaCasse and Lizzi Ackerman [founders of Birch Benders] over a year ago, but conversations accelerated this summer,” said Jeff Case, Advent’s managing director and a board member of Sovos, speaking from his home in Cambridge, Massachusetts.

The Denver, Colorado, business hired an adviser and was in the process of launching a broader auction, said a market source. “But they didn’t do that because Advent was able to reach an agreement with them.”

The two parties had a handshake agreement, which was followed by the merger agreement signed this week. Sovos funded the deal in all cash, although the parent company has debt on its balance sheet.

Much like Birch Benders, Kodiak Cakes is another breakfast mix company which markets itself as a “better-for-you” option.

Recently, Sunrise Strategic Partners-backed Kodiak Cakes put its sale process on hold due to a buyer and seller misalignment on price, PE Hub wrote in July.

Advent declined to comment on Kodiak, when asked if it was a potential target amid its hunt for a high-growth addition to Sovos.

Action Item: Check out the press release for more information.

(This has been updated to clarify Sovos’ portfolio.)