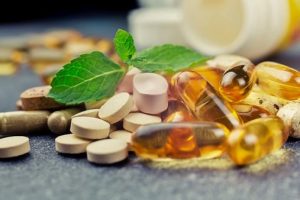 The San-Francisco based private equity group started hunting for digitally native wellness companies about a year ago. “We’ve met with dozens of companies in this space,” said Fraser Preston, founder and managing partner at American Pacific Group.

That ultimately led the firm to Eu Natural, a vitamin and supplement brand, with the investment closing on Christmas Eve. “We will announce another acquisition in 120 days and hope to do several others this calendar year,” Preston said.

The investor met with Eu Natural’s founder mid-2020 and signed an LOI in July, marking the nutritional brand’s first outside investment. ComCap was the sell-side adviser in the all-equity transaction, while no buy-side adviser was involved.

Known for fertility supplements, EU Natural was born as an Amazon business but ultimately expanded into brick-and-mortar stores like Walmart.

Amid covid-19 last year, the bootstrapped business saw a modest boost – thanks to the reproductive health segment – but it wasn’t “a massive change,” Preston said.

Founded in 2013, Preston said, the company has grown at a 20 percent to 30 percent rate in the last two years.

The general investment thesis is to acquire other Internet-born wellness brands which are developing an omni-channel approach, Preston said.

Joe Falsetti of Dana Holdings, a privately funded sponsor, will provide business expertise to the acquisitions under the Yukon Wellness umbrella. Although, investment capital for Eu Natural and the upcoming acquisition will come exclusively from American Pacific Group’s $450 million Fund I.

In a similar approach, Dana first partnered with the PE firm last year to establish Roadrunner, a holding company which houses sports nutrition brands like SaltStick – another supplement business.

Fund I will back about 10 businesses, Preston told sister publication Buyouts in April.

Looking ahead, the PE firm will aggressively hunt for additional deals, with acquired brands continuing to operate independently under Yukon Wellness.

“Yukon will be a center for brand and supply chain management, regulatory and product development,” Preston said, explaining that the holding company will have an expert team in each area.