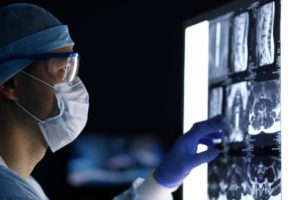 American Securities has agreed to acquire SimonMed in a deal valuing the founder-run radiology and imaging company at around $600 million, according to people familiar with the pending transaction.

The deal, signed in early March, concludes a Jefferies-run process that kicked off in January, as initially reported by PE Hub. There were two cover bidders in the sponsor-focused auction, one of the people noted.

Lenders have been out with a loan in the last couple of weeks, structured as a club deal led by JPMorgan Private Bank, sources said. The deal is anticipated to close by the end of the month.

Led by CEO Dr. John Simon, SimonMed operates a hybrid model, serving as both an outpatient diagnostic imaging provider as well as an operator of its own large radiology group. SimonMed’s practice consists of 200 highly experienced subspecialty-trained radiologists, operating across nine states with more than 150 accredited facilities, according to its website.

As SimonMed locks down a buyer, another radiology platform that also hit the auction block in January has yet to trade hands.

LucidHealth was marketed on the back of $60 million of adjusted EBITDA in 2020, two of the sources said at that time – noting that the sellers had hoped to command an EBITDA multiple in the low- to mid-teens.

Physician-led LucidHealth provides outsourced radiology services to hospitals, clinics and outpatient imaging centers, and has completed more than 1.7 million interpretations per year, according to Excellere’s website.

Elsewhere, Rad Partners, the largest radiology physician practice in the country, has been on an M&A tear since its July 2019 investment from Starr Investment Holdings, which joined existing investor New Enterprise Associates.

Rad Partners in December acquired the radiology business from Mednax, which commanded an approximately $885 million valuation.

American Securities declined to comment, while company executives could not immediately be reached.