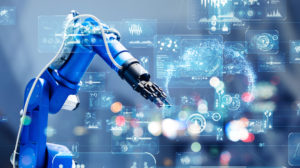 Artemis Capital Partners has acquired Omega Optical, a maker of optical filters and coatings, less than a week after buying sensor manufacturer Tekscan.

Artemis funded both acquisitions through its $60 million Fund II. While Omega was directly sourced, Tekscan choose to go through an auction process. The latter was aware of Artemis’ interest from the beginning.

“We told Tekscan, if and when they would want to sell, we would be an interested buyer,” Peter Hunter, founder and managing director of Artemis, told PE Hub. “They knew us, we knew them, so the learning process was pretty quick.”

Tekscan, which produced approximately $20 million in 2019 revenue, completed its sale to Artemis on August 21 after signing the letter of intent on June 5. The PE firm less than a week later, on August 27, closed its acquisition of Omega Optical.

Tekscan’s systems and pressure sensor technology are sold to OEMs [original equipment manufacturers] in different industries. Customers within orthopedics use its technology to map pressure coming from a foot; automotive customers utilize Tekscan to determine the depth of tread wires on tires; and in the dental industry, it’s applied to make a heat map of the teeth.

Similarly, Omega’s customers include global OEMs in the life sciences, aerospace & defense and semiconductor industries, among others. For example, medical equipment manufacturers of the Polymerase Chain Reaction (PCR) machines – a key diagnostic tool for covid-19 testing – use Omega’s fluorescence filters.

Due to the essential nature of the business, “the company performed very well during covid-19,” said Euan Milne, vice-president at Artemis and Omega’s new board member.

“It obviously has OEM customers where there was clear demand,” he added.

For Tekscan, there was a period of three months where the business slowed, resulting in a roughly 15 percent revenue drop, Hunter admitted. The decline was driven by canceled surgeries and the temporary closure of dental offices.

All other months they met or exceeded their pre-covid projections, Hunter added.

The PE firm held virtual management presentations initially amid the pandemic, but eventually visited Tekscan to gain a better understanding of their manufacturing processes.

Artemis, with approximately $60 million assets under management, funded the Tekscan deal through a mix of equity and debt. Financing was led by Boston-based Cambridge Savings Bank.

Looking ahead, the PE firm hopes to fuel Tekscan’s transition to an embedded business in IoT [Internet of things] devices, rather than a company that builds systems. “We want to be a sensor that’s embedded,” Hunter said.

As for Omega, Artemis recruited John Ippolito, a partner at the consulting firm, Value Partners to serve on the board and provide assistance with corporate development activities such as future acquisitions.

Add-ons are very much so on the table for Omega, Milne said. The PE firm will look to acquire optic manufacturers that have tech capabilities like Omega.