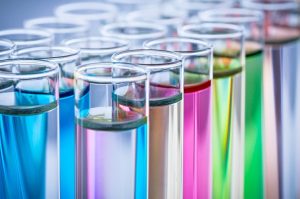 Artemis Capital Partners has joined the race to beat coronavirus through its investment in Biodot, an equipment maker for diagnostic labs examining survivors for antibodies.

The PE firm paid under $100 million for the Irvine, California-based medical product maker. The transaction closed March 3 after deal talks kicked off in August – making the coronavirus opportunity an unexpected virtue.

“The whole covid opportunity was not expected or planned,” said Peter Hunter, founder and managing director of Artemis.

When the parties were closing the deal, Biodot’s management and Artemis talked about “reacting to it [virus], if this thing [outbreak] became bad,” Hunter said, speaking from an empty office – a space close to home he calls a safe haven for higher productivity.

Biodot, which started operations in 1994, had 30 device orders from its partners in the past month – beating the manufacturer’s monthly average of 20 devices, said Hunter.

Emphasizing the covid-19 effort, Hunter said, “Biodot has been working seven days a week to roll out tools and solutions.”

Other PE firms going after covid-19 include Adjuvant Capital and ArchiMed, with the former following the strategy of the Global Health Investment Fund, a successful social impact fund sponsored by the Bill & Melinda Gates Foundation and structured by J.P. Morgan.

Biodot manufactures automated ultra-low-volume fluid dispensing systems for partners that assemble the antibody or serological tests. These test kits are indicators of immune responses within a coronavirus survivor who had mild or no symptoms but never got checked or received treatment.

“The thought process is that those who are immune to the disease should be able to get back to normalcy,” Hunter said.

Antibody testing is different than molecular testing – the former does not check if you currently carry the virus but tests if you ever had it.

The deal was ‘semi-proprietary,’ which in this case meant an advisory firm reached out to Artemis as well as three to four other PE firms with a proposal including Biodot and two other companies, according to Hunter.

This is the first deal for Artemis, an industrial-focused PE firm headquartered in Boston, in both the west coast and the lab automation market, Hunter said.

In the future, Artemis may or may not build out Biodot with an add-on investment in another assay or diagnostic-test-building company.

“Each time we buy a platform, we don’t follow a buy-and-build strategy,” Hunter said.

Union Bank provided financing to support the transaction. The investment was made through the PE firm’s second fund, which closed on $60 million in September 2018.

Correction: This report has been updated to clarify the closing date of the firm’s second fund, as well as correct the spelling of Irvine, California.