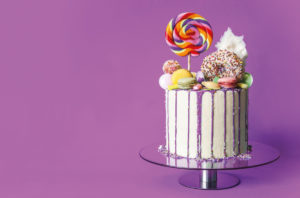 Leveraging a longstanding relationship with CEO Paul Lapadat, Bain Capital has prevailed in the auction for Dessert Holdings.

The deal, announced on 26 April, was valued at nearly $1 billion, a source familiar with the matter told PE Hub, confirming a previous DealBook report. Bain’s acquisition of the frozen dessert company is expected to close this quarter.

Bain’s acquisition will provide an exit for San Francisco’s Gryphon Investors, whose majority investment dates back more than five years.

“We met Paul seven years ago,” said Adam Nebesar, managing director at Bain. “When he joined Gryphon to create Dessert Holdings, we were in touch with him then.”

Founded in 2016 by Gryphon, Dessert Holdings is composed of three brands that have been around for decades: The Original Cakerie, Lawler’s Desserts and Atlanta Cheesecake Company. It supplies brownies, and layer and frozen cakes to in-store bakeries, restaurants and frozen food aisles at grocery stores.

Nebesar, who leads the firm’s dining efforts, said that although end markets like restaurants had been negatively impacted by covid, Dessert Holdings had gained market share.

“Premium cheesecake and dessert sales have been stronger than other categories,” Nebesar said, pointing to the upcoming tailwinds from the increase in indoor dining capacity.

Boasting an all-natural ingredient list, the dessert conglomerate has plants across North America. In 2019, the St. Paul, Minnesota-based Original Cakerie expanded its capacity in London, Ontario through the addition of a new building and investment in product lines.

Looking ahead, Bain will focus on organic growth and add plants by pursuing acquisitions. “The premium bakery space is fragmented with a lot of consolidation opportunities,” Nebesar said, speaking from his home in Weston, Massachusetts.

The Boston-headquartered firm is an experienced player in the restaurant and franchise label space, with prior investments including Burger King, Domino’s Pizza and Dunkin’ Brands Group.

Houlihan Lokey served as the sell-side advisor and Antares Capital provided debt financing for the transaction.

Update: This report has been updated to clarify Nebesar’s role at Bain, location of the plants and the status of investments by Bain.