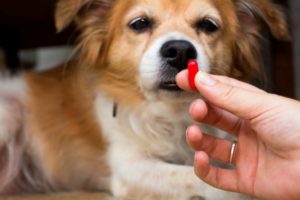 Vetsource, a Bain Capital Ventures-backed provider of tools that help veterinary practices manage the home delivery of pet medications, is evaluating strategic options after receiving inbound interest, according to people familiar with the matter.

Barclays and Moelis have been engaged for financial advice, three sources familiar with the process told PE Hub.

Virtual conversations and management meetings have taken place with some interested parties; however, sources emphasized that the process is expected to be pushed out in the wake of travel restrictions and shaky market conditions resulting from the covid-19 outbreak.

Founded in 2005 by CEO Kurt Green, Vetsource acts as a bridge between veterinarians and pet owners. The company, which operates both a B2B and B2C model, provides tools that help vets source medications, over-the-counter healthcare products and pet foods directly from the manufacturers to pet parents’ front doors. Vetsource also has an ePrescribing tool, ScriptRight, which allows vets to write, review and approve prescriptions on mobile devices.

Vetsource’s Green declined to comment on anything related to the process and told PE Hub the company is “focused on helping our customers navigate these unprecedented times.”

One source commented that Vetsource, being that it’s in the business of home-delivery vet prescriptions, could actually be in a position to benefit in the current environment in which people are minimizing travel and working from home.

While the advisor engagement comes in response to inbound interest from both strategic buyers and financial sponsors, the company is in no rush to get anything done, one of the people said. Another source suggested the process could lead to a capital raise via either a minority stake sale or controlling stake sale that brings in a new partner.

Sources characterized VetSource as a growth story. The company, which generated approximately $175 million in revenue in 2019 and remains EBITDA-negative, hopes to trade off of a big revenue multiple, some of the sources said.

While the company is not a software-as-a-service business, the majority of its revenues are generated on a subscription-basis as prescriptions for pets are often recurring for months or years, one of the people noted.

The company hopes to fetch a $1 billion-plus enterprise value in a potential transaction; however, other sources suggested that Vetsource is more likely to fetch several hundred million in a potential deal.

From a strategic buyer perspective, interested parties could include the likes of Amerisourcebergen, VCA Animal Hospitals or Patterson Animal Health, all of which are existing minority investors in VetSource, one of the people suggested.

Vetsource’s largest financial backer is Bain Capital Ventures, the venture capital affiliate of Bain Capital, which led a $50 million Series D private financing round in the company in June 2018.