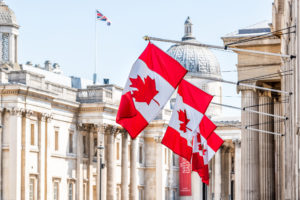 “We came in really well-educated on the opportunity when [former shareholder GI Partners] decided to launch the process,” Eric Derosiers, senior partner at Novacap, told PE Hub in an interview.

Derosiers, thanks to his banking days, knows the Montreal-headquartered company well. Prior to joining Canada’s Novacap in September 2019, Desrosiers spent 12 years at GMP Securities (now Stifel), most recently as head of Quebec Investment Banking.

While at GMP, the former banker advised the then-public Logibec on its 2010 take-private by OMERS Private Equity, valued at approximately C$230 million (US$180 million). “I have followed [Logibec] very closely since then,” Derosiers said. “Our knowledge level was really good and that made a difference.”

Novacap’s acquisition of Logibec – one of Canada’s largest healthcare IT providers – provides an exit for GI Partners. The San Francisco firm’s investment dates to January 2015, when it purchased the business from OMERS.

A source close to the transaction confirmed a Canadian press report that said Logibec’s deal value this time around approaches half a billion Canadian dollars.

PE Hub first wrote in early March – before covid-19-fueled market turmoil – that a William Blair-run process was underway for the business. Sources at the time anticipated a transaction valued in the C$500 million range based upon the asset’s C$90 million in revenue and EBITDA in the C$45 million to C$50 million range, excluding capitalized R&D expenses.

According to Derosiers, the sale process for GI Partners was called off ahead of the second round in March when the pandemic surfaced. The process was ultimately resumed in September, he said, noting that two in-person meetings were held in the summer when covid cases were down.

Under Novacap, there’s a good opportunity to bring certain Logibec products outside of the Canadian market, where its solutions are already pretty entrenched, according to Desrosier.

“The thesis is to take those technological gems outside Quebec and Canada so it becomes a well diversified player in the next ten years,” he said. “We are initially focused on single-payer markets like Canada, Australia, the UK and some parts of Asia [South Asia].”

Desrosier went on to say that there is already a well established pipeline of acquisitions that Logibec has lined up. “M&A is a key element of our thesis.”

Healthcare technology is a core focus for Montreal- and Toronto-based Novacap, whose investment policies allow for up to 12-year holds.

Logibec fits well with the firm’s longer term horizon, the investor said. “We are really excited to bring Logibec back to its Canadian origin.”

In recent activity, Novacap in January sold a majority stake in Montreal-headquartered Intelerad Medical Systems to UK tech specialist Hg. The new investment assigned the medical imaging software company an enterprise value of $650 million to $700 million, a source familiar with the matter told PE Hub at that time.

Novacap reinvested alongside Hg in the deal through Novacap TMT IV Fund.