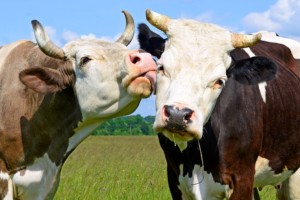 Benford Capital Partners-owned Specialty Sales, a chemical maker specializing in hoof care treatment for dairy cattle, is on a fast growth track as it builds its market share with two simultaneous add-ons.

The company is poised to surpass $10 million in EBITDA with the completion of two add-ons also in the hoof-health space – Environmental Technologies and Bovistride – according to a source in the industry.

The deals were closed on July 16, after the two businesses signed letters of intent with Specialty Sales in April.

Riefe said the two acquisitions had been financed entirely with debt because Specialty Sales’ EBITDA had grown significantly since its acquisition by Benford. That gave Specialty Sales “additional room under our credit agreement.”

Both Enviro-Tech and Bovistride were on Riefe’s radar when his firm first backed Specialty Sales.

In buying Selah, Washington-based Enviro-Tech, the platform inherits 200 new customers, adding to the 800 farmers it has already onboarded. Riefe said Enviro-Tech, with “a mirror image” operating model, was considered one of Specialty Sales’ primary competitors.

More specifically, Enviro-Tech and Bovistride do not charge for the installation or maintenance of their bath equipment. The companies generate revenue by delivering tanks full of chemical products to farmers.

For example, Enviro-Tech’s Thymox Footbath disinfectant can cost anywhere between $2,750 to $13,750 based on the quantity bought, according to its website.

“Hoof diseases are contagious,” said Riefe. “They spread like a wildfire.” He explained that the preventative healthcare product keeps the herd healthy, milking and generating revenue.

Beyond adding new customers, “we are adding their [Enviro-Tech’s] driver, delivery staff and putting all of their dairies in our automated routing system,” Riefe said.

The acquisition took roughly three years, partly due to Enviro-Tech’s reluctance to sell early on. On the other hand, Bovistride became a target of interest over the last 12 months after it received patents, thereby proving that it was operating a highly effective system.

“They [Bovistride] sell the system as capital goods itself and have never sold bulk produce treatment products,” Riefe said. “We were testing their systems on a weekly basis, and it was different than our system – this is a new technology.”

The real value-add of Bovistride’s system, according to Riefe, lies in the effectiveness of the water-to-chemical ratio in its dosed liquid and sensors that ensure a consistent level of chemical dosed from “first cow to the last.”

Enviro-Tech’s and Bovistride’s founders have both been engaged in a consulting agreement with the private equity-backed company for a year, wherein they help with customer relationships and employee handoffs.

For Benford, a Chicago-based PE firm, Specialty Sales is not the only niche lower-mid-market platform it has been actively beefing up with M&A. This month, Benford’s LiteSentry acquired Softsolution, an Austrian glass inspection company within the test and measurement sector – a market which, until now, has remained largely uncharted territory for PE.