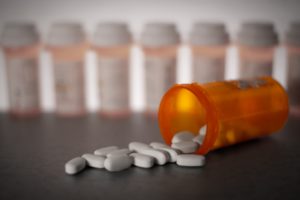 Harvest Partners SCF and Blackstone Tactical Opportunities joined Genstar Capital as minority investors in ConnectiveRx, injecting a combined $300 million in the medication adherence company, according to people familiar with the matter.

The investment, made through funds managed by Harvest Partners Structured Capital and Blackstone Tactical Opportunities, was structured as convertible preferred equity, the sources said.

Genstar, more than four years into its investment, will remain the majority investor in ConnectiveRx, a Tuesday announcement said.

In connection with the recapitalization, ConnectiveRx completed a refinancing of its credit facility, in which KKR Capital Markets was lead arranger.

The transaction comes after Genstar last year evaluated a sale of the ConnectiveRx in its entirety, engaging advisor Jefferies in early 2019 for financial advice, sources said.

With a reserve price of approximately $1.6 billion, bids were ultimately fielded at about $1.4 billion and Genstar opted not to exit its investment at the time, two of the people told PE Hub.

ConnectiveRx has two main campuses in Whippany, New Jersey and Pittsburgh, and is led by CEO Harry Totonis.

Genstar, a San Francisco-headquartered PE firm, invested in ConnectiveRx in 2015 through Genstar Capital Partners VII, which closed on $2.1 billion. The platform was created through the simultaneous merger of three companies.

It’s been a busy week for Blackstone on the healthcare front. The buyout firm just yesterday announced it purchased a majority stake in HealthEdge, winning a competitive sale process conducted by Morgan Stanley, sources said.

The deal was valued at approximately $730 million, two people familiar with the transaction told PE Hub. Blackstone’s equity check panned out to more than $600 million, they said.

For Blackstone, HealthEdge is particularly notable as it represents the first healthcare-focused deal executed by its new growth-equity team, which is led by senior managing director Jon Korngold.

Harvest Partners SCF, which pursues non-control senior or structured equity investments, has recently been active in other areas of tech.

The firm in February joined TA Associates and GI Partners as an investor in MRI Software in a deal valued north of $3 billion, sources told PE Hub at the time. MRI provides real estate and investment management software to real estate owners.

Update: This report was updated to make clear Blackstone Tactical Opportunities and Harvest Partners Structured Capital made the investment.