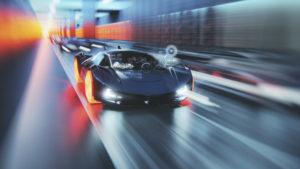 Blue Point Capital Partners has snapped up aftermarket car parts maker Transtar Industries, aiming to capitalize on the growing use of technology in the industrial sector.

Transtar, sold by private equity firm Friedman Fleischer & Lowe, generated $450 million in revenue last year, according to Blue Point. The automotive parts distributor was hoping to fetch a valuation as high as $1 billion, including debt, reported Reuters before the deal was announced.

Cleveland’s Blue Point directly negotiated the deal after an auction process run by Bank of America and Harris Williams was shut down due to covid. As a result of the lockdown, Blue Point, which has a history of investing in local businesses, was able to capitalize on the reduced competition from buyers in other states. “It allowed us to play to our local strength,” says Chip Chaikin, partner at the firm.

Blue Point, for example, also owns food and beverage maker Country Pure Foods and Consolidated Precision Products, a component maker for the aerospace and defense sectors – both of which are based in Ohio.

The relationship between the buyer and target this time around goes back over 10 years. “We served as an informal advisor to them [Transtar] for many years before the investment,” Chaikin said.

The deal, which is the eighth transaction from its $731 million Fund IV, closed in the third week of January after a letter of intent was signed around Thanksgiving. Carlyle Group provided debt financing on the transaction.

Transtar is a conglomerate of several auto brands which are focused on distributing driveline and transmission repair components. Brian Castleberry, principal at Blue Point, described the business as somewhat recession resistant. “If your transmission fails it’s not a deferrable repair,” he said.

“Most distribution businesses recognize this [industrial-tech] as an opportunity but don’t realize how to capitalize on it,” Chaikin said. “This company has had growth in that space,” he added.

Looking ahead, Blue Point aims to grow the company through add-ons in both the US and Canada. The firm also plans to pursue active organic growth efforts into new markets and products.