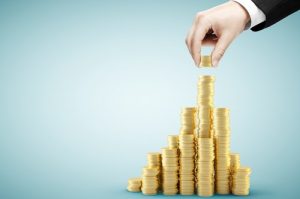 Bond Capital, recently named one of the top performing mezzanine firms, has closed its fifth fund, earmarked for private debt and equity investments in mid-market companies in Western Canada and Northwestern United States.

Vancouver-based Bond tied up Bond Capital Fund V LP in excess of $80 million in committed capital. That’s more than twice the size of its predecessor, closed in 2012.

“It’s exactly the same mix of limited partners as our previous funds,” Silbernagel said. Over 80 percent of LPs are repeat investors, several of which committed more money this time.

Many LPs are local entrepreneurs who have partnered with Bond for a decade or longer. They include Ryan Beedie, head of Beedie Development Group, a real estate developer. Earlier this year, Beedie chose Bond to manage Beedie Capital Partners, an $85 million private equity fund.

Bond does not currently market its funds to large institutional investors. However, this option has not been ruled out for future fundraising, Silbernagel said.

Including Fund V and the Beedie pool, Bond has five funds under management, the total value of which is not disclosed.

Fund V’s close comes on the heels of a Preqin report that ranked Bond as one of the market’s most consistent performing mezzanine fund managers. A league table assembled from Preqin IRR and multiple data placed Bond in the top three of a global peer group of some 100 firms.

Bond provides patient, non-dilutive financing to private equity and non-sponsored deals. Its investments, which range from $2 million to $30 million in size, typically utilize debt and equity in a single transaction.

“How debt-flavoured or equity-flavoured a deal is depends on what a business needs,” Silbernagel said. “We provide the financial engineering, expertise and commitment to meet all requirements, but without taking control.”

Bond invests in companies that are expanding or navigating a major ownership change, such as an MBO or succession. For opportunities above $2 million in EBITDA, it designs a junior capital solution tailored to the specific event and capital structure.

Given its use of debt and equity, Bond looks for a hybrid return on its realized investments. Silbernagel declined to comment on the firm’s track record, but noted it generally seeks a return of between 14 percent and 18 percent on a portfolio basis.

Bond invests in a range of industries, including energy services, manufacturing, specialty distribution and wholesale, and technology. However, when sourcing an opportunity the firm is agnostic about the sector: “We are in the industry of EBITDA,” Silbernagel said.

During its 13 years of investment activity in North America’s PE market, Bond has stayed “under the radar,” Silbernagel said. “We like to be the silent partner in the background.”

Few details have been published about its some 70 deals since 2002. One exception is Bond’s partnership two years ago with Mill City Capital in the $115 million acquisition of Bonnett’s Energy Corp, a downhole services provider. Last December, it again collaborated with Mill City in the launch of a new oilfield services business, Command Fishing and Pipe Recovery.

Bond’s investment strategy will not change with Fund V’s close, Silbernagel said. It will undertake more and larger-sized deals, relying on LPs and syndication partners to provide co-investment resources as needed.

Bond may also extend its traditional turf by “going east,” he said. “For larger deals, we’d be willing to get on a plane.”

Fund V has already begun investing. In a deal environment impacted by lower oil prices, the firm will keep an eye open for “babies thrown out with the bath water,” Silbernagel said. It plans to step cautiously, however, approaching opportunities with patience and discipline, qualities that have seen Bond through successive market cycles, he said.

Photo of hand adding to coin stacks courtesy of Shutterstock