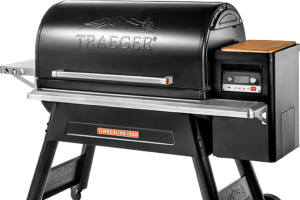 The deal is valued at $140 million, according to an industry source.

The PE firm, which was created 18 months ago, closed the deal on Aug. 28 after signing an LOI in May. “We were introduced to the company early this year, [but] there was a bit of [a] hiatus and we engaged back in May,” said Steve Lebowitz, founding and managing partner at Brand Velocity Partners. The delay was due to one of the owners being diagnosed with covid-19.

“Our plan is to utilize the celebrity talent,” said Drew Sheinman, founding partner at the firm and a veteran sports marketing exec, referring to how influencer investors will market the product.

Baton Rouge, Louisiana’s BBQGuys recorded $130 million in revenue for 2019, while Blaze posted $41 million, Mike Hackley, the former CEO of BBQGuys, said in an article by the Advocate. Blaze, the manufacturing arm of the parent company sells its grills and outdoor cabinets primarily through independent dealers.

BBQGuys, which started as a brick-and-mortar retailer in 1998, was directly introduced to its new owners by a buy-side advisor. There was no sell-side advisor involved.

That said, the company did go through an auction sale process a couple of years ago but backed out. “I guess the owner went sour on private equity,” Lebowitz admitted. “He [previous buyer] didn’t mesh well with the business.”

This time, Brand Velocity swooped in to buy 100 percent of the business, leaving out some incentive equity for the management.

“I guess he [Hackley] was ready for the next step,” Lebowitz said, referring to the ex-owner’s desire to spend more time with his grandkids.

Even though Hackley’s LinkedIn profile says, ‘Retired from BBQGuys and blaze outdoor products,’ he will still have a seat on the board.

Both Lebowitz and Austin Ramos met with the team in-person before closing the deal. “I stayed with the owner and we did a socially-distant conference with the team,” Lebowitz said, speaking from his Westchester home. The two-day visit was followed by Zoom calls; it was the first deal closed virtually for other partners in the New York-based firm.

Looking ahead, Russ Wheeler, BBQGuys’ incoming CEO, will focus on expanding the company’s B2B offerings and penetrating deeper into other categories such as outdoor lighting, fire pits and fireplaces. Wheeler has been with Build.com – an online home improvement retailer – for over seven years, most recently as president.

When asked about growth though M&A, Lebowitz said the PE firm has signed no LOIs but is ready to deploy capital for potential add-on opportunities.

Brand Velocity has no plans to merge Magma Products and BBQGuys given the former focuses on a particular niche within the space, namely the marine/boating industry.