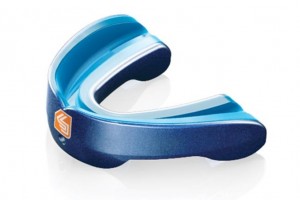 With its buy of Shock Doctor, Bregal Partners has completed its fourth platform deal in the past seven months.

New York-based Bregal will have a controlling stake in the Minnetonka, Minnesota-based company that makes protective and performance sports equipment like mouth guards, knee braces and compression sleeves, according to Robert Bergmann, a managing partner. Company management will have a significant holding, Bergmann said.

No job cuts or management changes are expected at Shock Doctor, he said.

Bregal chose to invest in Shock Doctor because it occupies two of the three sectors that the PE firm invests in: consumer and healthcare, Bergmann said. Financial terms weren’t announced but Bregal typically invests from $25 million to $75 million equity per deal, according to the firm’s website. “We see a great opportunity for Shock Doctor to continue to revolutionize the $9 billion global market for performance and protective equipment with new, innovative, and distinctive products,” Bergmann said in a statement.

The deal also represents the second time Bregal executives have invested in a company led by CEO Tony Armand, Bergmann said. Bergmann and Scott Perekslis, both former senior partners at Centre Partners, invested in Bravo Sports, which was led by Armand.

Bregal’s investment comes from its first fund, which closed at $500 million in February 2012. Bregal spent the first six months hiring staff and didn’t really begin investing until the summer of 2012, Bergmann said.

Fund I is about 50 percent invested, he said. When asked if Bregal Partners would begin marketing for their next fund in 2015, Bergmann said: “If we stay on this pace we could be looking at something next year,” he said.

Bregal hasn’t “given a lot of thought” to how big Fund II will be, Bergmann said. “Given some of the opportunities we’ve been seeing, and the fact we’ve been deploying really quickly, I expect the fund to be larger, but haven’t thought specifically about it.”

Bregal Partners is the North American mid-market buyout fund of Bregal Investments, which is backed by Cofra Holding, the investment vehicle of the Brenninkmeijer family, one of the wealthiest in the Netherlands. Bergmann said he expects Cofra to remain a major investor of its second fund.

The Minneapolis-based PE firm acquired Shock Doctor in April 2008 from Hillcrest Capital Partners. Norwest owned nearly all of Shock Doctor and sold all of its holding, said Timothy Kuehl, a Norwest partner.

“Although it’s always hard to sell a good company that has a lot of momentum, that is just the nature of our business, which is assessing when is the right time to sell,” Kuehl said.

Kuehl declined to disclose an IRR for the deal. Norwest tapped William Blair to run a process for Shock Doctor, which started earlier this year. Multiple parties were involved, Kuehl said.

“There was a ton of interest in Shock Doctor,” one source said.

The Shock Doctor investment came from Norwest’s ninth fund, which closed at $1.2 billion in 2008, a statement from that time shows.

Norwest is near the end of investing Fund IX, Kuehl said. The PE firm will likely begin fundraising for its next middle market buyout fund sometime “soon,” Kuehl said.

Norwest also will be marketing for its next debt pool at the same time, he said. Norwest Mezzanine Partners III LP closed at $500 million in 2008, according to the firm’s website.

Performance data for Norwest Fund IX and the third mezzanine pool could not be found as of press time.

Adam Filkin and Sean Huss led the deal team for William Blair. Bregal did not use an outside investment bank.