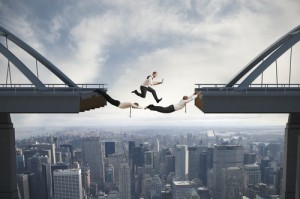 Two months ago, the Business Development Bank of Canada (BDC) created BDC Capital, a new division that brings its VC and subordinate financing teams together under a single roof.

More than a rebranding exercise, BDC Capital is intended to give the bank’s private capital operations cohesion and an enhanced ability to anticipate the unmet and under-met financing needs of small and medium-sized enterprises (SMEs).

In a speech to the Québec City Conference in October, BDC executive VP Jérôme Nycz said the goal is to “provide entrepreneurs with a seamless spectrum of risk capital growth options.”

It is possible GTC is unknown in some corners of the market. The group has never had the profile of its VC counterpart, which is a well-known player in Canadian venture capital’s deal and fundraising segments.

GTC’s lower profile perhaps owes to its emphasis of small-sized financings of geographically dispersed SMEs, delivered through a retail network of offices that stretches from Vancouver to Halifax. For most PE shops, activity that is the daily preoccupation of GTC investment pros falls well below the radar screen.

GTC’s market role is nonetheless a significant one. It has also grown of late.

Robert Duffy, managing director and VP at BDC, told peHUB Canada that GTC’s portfolio has increased sharply in the past four years. Between 2011 and 2014, portfolio value at cost rose 49 percent to more than $600 million. And the number of investee companies expanded to nearly 400.

Duffy believes this growth is due to GTC’s appeal to small businesses as a source of patient, specialized and non-dilutive financing that provides a clear alternative to traditional lending.

“Entrepreneurs often struggle to discover the range of funding options available to them, as well as the best fit for their companies,” Duffy said. “Our offering is unique because we bridge the gap between debt and equity. We start where senior lenders tend to stop.”

GTC invests in SMEs that are expanding or undergoing an organizational change, such as an acquisition, MBO or succession event. Financing options – from cash flow loans and mezzanine funds to quasi-equity and equity – vary according to client needs and capital structures. For this reason, the group offers customized packages that serve up a mix of options. Very often, it partners in investments with other PE firms and lending institutions.

Officially, GTC’s investment range runs from as little as $250,000 to as much as $35 million. Duffy reports, however, that many deals are at the small end of the size spectrum: “We are doing an increasing number of larger transactions, but our average deal size is still between one and two million dollars,” he said.

GTC’s recent activity is illustrated by an investment made last year in Swish Maintenance, a sanitation supply distributor based in Peterborough, Ontario. Swish was backed in its purchase of S.K. Sanitary Specialties, a distributor in B.C.’s Lower Mainland. The deal gave it an enlarged domestic market presence.

Duffy said Swish is representative of the types of investments that are preferred by the group. Founded in 1956, the business is well established and situated in a traditional industry. It is also located outside of a large urban centre where risk capital is generally less available.

GTC also backs technology companies without VC backing. For example, in October it provided a $500,000 subordinate loan to Led Innovation Design, a Laval, Québec manufacturer of LED lighting products for sports arenas. Duffy said technology deals have been a GTC focus in selected regions in the past, and that the sector is likely to be given more priority in future.

Duffy said the launch of BDC Capital does not signal a change in GTC’s investment profile. The reorganization should instead provide more points of intersection in the market. It should also “introduce more flexibility in the group’s offering”, as well as more “creativity” in its strategy for bridging the debt-equity gap.

BDC, a federal crown corporation, does not currently report long-term returns for the overall GTC portfolio, though it does provide related financial data in quarterly statements. Duffy said the group prices for risk and does not “approach the market with a less expensive product.”

Duffy joined BDC in 2009. Prior to then he was an investment manager at Wellington Financial, a Canadian specialty finance firm that provides term and amortizing loans, as well as venture debt funding.