Today, the Toronto investor said it sold Maax to American Bath in January. The buyer, a Savannah, Tennessee, tub-and-shower business, is owned by Lone Star Funds, which acquired it from Sterling Group last year.

The purchase price was not released. But Brookfield said its listed vehicle, Brookfield Business Partners, which owns roughly 40 percent of Maax, realized net proceeds of about $182 million (US$140 million).

This suggests the company went to American Bath for more than $455 million (US$350 million), which is more than 2x the value of Brookfield’s acquisition of Maax in 2008: about $225 million.

Brookfield acquired Maax when it was under court protection from creditors. The storied Lachine, Québec, company, one of North America’s top makers and distributors of bathroom products and accessories, fell on hard times with the 2007-2008 financial and housing crisis.

At the time, Brookfield was a senior lender to Maax. Its owner was a consortium consisting of J.W. Childs Associates, Borealis Private Equity and Ontario Municipal Employees Retirement System, which bought the business for $640 million in 2004.

“Maax was a significantly smaller company at the time of the 2008 deal,” Madon said. “With the sharp plunge in housing starts, its revenue in the United States dropped by some 50 percent. We decided to launch a bankruptcy restructuring, something we had a lot of experience doing.”

Measures were also introduced to reposition Maax for economic recovery. A key focus was making the company more customer-centric and innovative through marketing and new product lines, Madon said. He noted that only 7 percent of Maax’s revenue was generated by new products in 2008, compared with 35 percent today. 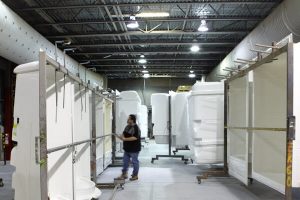 Brookfield also put a new management team in place. It included Mark Gold, an industry executive with turnaround experience, hired as president and CEO in 2010.

The result of these combined initiatives was a doubling of Maax’s revenue, and a tripling of its EBITDA, between 2009 and today, Madon said.

Brookfield also announced a new platform investment. It struck a deal to acquire a roughly 85 percent stake in Greenergy, a supplier of road fuels to consumers in the United Kingdom. London-based Greenergy is reportedly one of the country’s largest private businesses.

Terms were not disclosed; however, Brookfield said it expects to invest about £210 million (US$260 million) of equity in the acquisition.

Madon said Brookfield was drawn to Greenergy because it has “built a leading market position in the U.K. market,” with longstanding customer relationships and consistent cash flows. He says these qualities indicate the company is poised for global expansion.

The Greenergy deal follows Brookfield’s decision in October to acquire a 70 percent stake in Odebrecht Ambiental, a Brazilian specialist in water distribution, collection and treatment. The agreement reflects an initial purchase price of US$768 million, though Brookfield may invest as much as US$1 billion in the company.

Madon joined Brookfield in 1998. He heads its PE group and is CEO of Brookfield Business Partners.