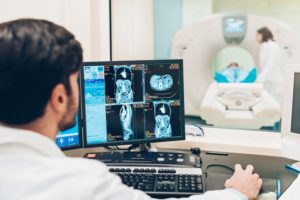 The board of Curium today notified remaining bidders of its decision to postpone its sale process, the Paris-headquartered company said in a Tuesday statement.

“This decision was made as a result of the impact of extreme volatility and uncertainty in global financial markets in recent weeks, arising from the global COVID-19 outbreak,” the company said. “Against this backdrop, and having assessed the options, the board of Curium does not believe a sale of the business at this time would be in the best interest of the business, its people, customers or shareholders. The board will reassess the situation and the strategic options for the business in due course.”

The company had hoped to produce a deal valued at up to $3 billion; however, final bids, submitted on Monday, fell short of expectations, sources familiar with the process told PE Hub.

Although a changed environment impacted the process, sources noted that the coronavirus has no direct impact on the business, which will continue to pursue significant growth prospects under CapVest.

Curium produces critical nuclear tracers that are used in diagnostic imaging. Its radiopharmaceutical products help create 3D images of functional processes in the human body, which are then used to diagnose and treat various diseases including those involving the brain, heart, or Cancer.

PE Hub first reported in September that J.P. Morgan and Rothschild had been engaged to advise the company on a sale process. Sources at the time placed the company’s projected 2019 EBITDA at approximately €180 million (~$200 million).

Given the Curium news, all eyes are likely to turn to its smaller peer in nuclear medicine, Webster Equity Partners-backed PharmaLogic, some of the sources said.

The PE-backed company is expected to meet with bankers in April, although it is unclear if that sale process will go forward given the Curium news, sources said.

PharmaLogic, acquired by Waltham, Massachusetts-based Webster in 2015, generates EBITDA in the $50 million to $60 million range, one of the people told PE Hub.