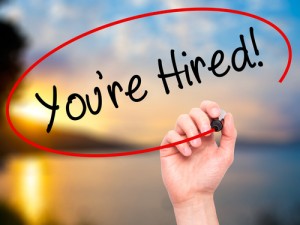 The deal agreement assigned AllyO a valuation between $50 million and $100 million, the sources said.

Carlyle Group acquired a majority interest in HireVue in September 2019. PE Hub first broke the news on HireVue’s sale in July 2019, which at the time valued HireVue at $300 million to $400 million.

Minority investors in HireVue include TCV, Granite Ventures and Sequoia.

AllyO, based in Palo Alto, provides artificial intelligence and automation software that aims to solve traditional inefficiencies in the recruitment process, improving the experience for candidates and hiring managers. The company also aims to reduce costs and timing for recruiters. AllyO’s clients include Staples and Randstad.

In June 2019, AllyO raised $45 million in Series B financing from Bain Capital Ventures, Sapphire Ventures and Gradient Ventures. This is the largest round ever raised in the AI recruiting category, bringing the company’s total funding up to $64 million in less than three years, according to the press release shared at that time.

Other investors in the company include Randstad Innovation Fund, Cervin Ventures and Scale Venture Partners.

For HireVue, adding AllyO to its platform provides strategic synergies, said Tyler Parker, a vice president focused on investments in the technology sector at Carlyle.

“We have followed AllyO for a while now and are impressed with the technology and associated ROI that its customers are seeing – it is tailored for high-velocity enterprise recruiting but also maintains a personalized and candidate-centric approach through its conversational chatbot,” Parker said.

Recruitment technology companies have been performing well during the remote environment as hiring managers turn to remote interviewing technology options, according to a source familiar with the deal.

At the same time, some corporate clients slowed down on purchasing new technologies and software solutions during the pandemic because of broader economic uncertainty, the person added.