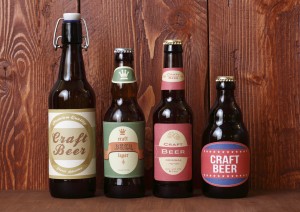 Artisanal used the funds to close its buy of Victory Brewing Co, which was announced in February, Hoffman said.

Ulysses has a controlling stake in Artisanal while Cathay has a minority interest, Hoffman said. All four founders, both DeMinks plus Covaleski and Barchet, remain investors in Artisanal, he said.

Artisanal, Victory and Southern Tier will independently operate their breweries and have an annual production capacity of more than 800,000 barrels, the statement said. Southern Tier brands include IPA, Pumking and Warlock while Victory produces Golden Monkey, Helles Lager and Storm King Stout.

“Our mission is to create a home for craft breweries to help maintain their independence, share costs with other brewers and become more efficient,” said Paul Barnett, a Ulysses managing director. “We run these brewers completely independently.”

Cathay, as part of the deal, also plans to bring Artisanal’s brands to China, which is the biggest beer-consuming nation in the world, Hoffman said. China reportedly drinks about 110 billion pints of beer each year, roughly double what Americans consume.

“They said America was the ‘King of Beers.’ I don’t think that’s the case anymore,” Hoffman said.

The Artisanal investment is the latest from a PE firm in the craft beer space. In 2015, Encore Consumer Capital, Fireman Capital Partners, Tenth Avenue Holdings and LNK Partners each invested in craft beer, Buyouts has reported.

The investment in Artisanal is coming from Cathay’s North American Sino-Fund, which launched last year, press reports said. Cathay Capital North American-Sino Fund has a $350 million target, according to a September SEC filing. The pool will typically invest $10 million to $30 million of equity per deal; it will make majority or minority investments, the firm’s website said.

Cathay is expected to finish marketing for its North American Sino-Fund this year, a source familiar with the situation said.

Southern Tier and Victory could not immediately be reached for comment.

Action Item: To contact Cathay send an email to contact@cathay.fr