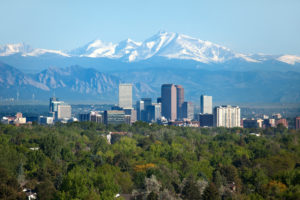 Almost four years into its investment, CCMP Capital is preparing for a sale of Eating Recovery Center later this year, according to people familiar with the firm’s plans.

Moelis, which advised on the Denver company’s last sale process, has been retained for financial advice, sources said. A process is not imminent, they added.

Sources placed ERC’s EBITDA at approximately $65 million, suggesting the company ought to command an EBITDA multiple in the 15x to 20x range.

With demand for eating disorder treatment on the rise, ERC is anticipated to field significant interest. According to the World Health Organization, 9 percent of the population worldwide is affected by eating disorders. At the same time, a major cause of eating disorders is mental illness. That sector is also experiencing growth in demand for treatment through the covid environment.

ERC, specifically, is also deemed appealing to private equity buyers given that its payer mix is dependent primarily on in-network commercial pay, offering reimbursement through most major insurance providers.

CCMP, a New York-based private equity firm, bought ERC in August 2017 in a $580 million deal, sources said. The company’s pro forma adjusted EBITDA at that time was about $45 million, they said.

The 2017 deal produced a 4x return for exiting shareholder Lee Equity Partners, which invested in 2013, PE Hub reported. The Denver company’s revenue, EBITDA and capacity also all grew fourfold during the firm’s ownership, sources said then.

CCMP invested through CCMP Capital Investors III, a $3.6 billion vehicle that closed in 2014.

Although ERC represents CCMP’s most recent new investment in healthcare, as well as its last remaining healthcare investment, the industry vertical remains one of the firm’s three focus areas in addition to consumer and industrial, a source told PE Hub.

The upcoming process for ERC comes as another, broader behavioral healthcare platform, Newport Academy, weighs a sale via Jefferies. Backed by Carlyle Group, Newport specializes in treatment for teens struggling with various conditions including trauma, mental health issues, eating disorders and substance abuse. It also is focused on a higher-end clientele, sources said.

CCMP and Moelis declined to comment. The company could not immediately be reached.