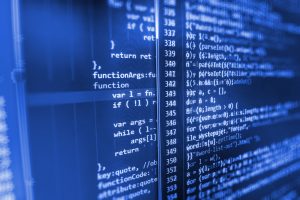 Centerbridge Partners and Clearlake Capital are exploring a sale of Precisely that could ultimately value the infrastructure software company above $3.5 billion, sources familiar with the process told PE Hub.

Centerbridge, a majority owner of the business, and Clearlake, a minority stakeholder, have appointed UBS to advise the company on its sale, the sources said.

Although there is no formal sale process for the business at this time, two sources indicated that one may kick off in April.

According to the company, Precisely provides services for 12,000 customers in more than 100 countries, including 90 percent of the Fortune 100 companies.

The company generates $600 million in revenue and around $290 million in EBITDA, the sources said.

Precisely could fetch a value of around $3.5 billion in a sales, two sources said. Another two sources indicated that value projections are in the $3.5 billion to $4 billion range, with expectations of attaining an outcome at the higher end of this range.

The anticipated exit is set to produce an attractive return for both Centerbridge and Clearlake, which built out the platform together through a series of acquisitions and business rebranding.

Clearlake, which originally invested in Syncsort in October 2015 and in Vision Solutions in May 2016, retained minority stakes in both businesses as part of the deal with Centerbridge.

The combined enterprise value of the two acquisitions translated to $1.26 billion, according to a press release shared at that time.

The combined platform four years later inked yet another sizable transaction. In August 2019, Syncsort acquired Pitney Bowes’ software solutions business for $700 million in cash, creating one of the largest data management software companies in the world and a leader in data quality, a news release at that time said.

Shortly thereafter, Syncsort in December 2019 rebranded as Precisely, revealing that the underpinning business generates annual revenue in excess of $600 million and employs 2,000 people.

“The appointment of these three industry veterans will help elevate critical capabilities at this important moment in our company’s evolution,” Rogers said in the press release following the appointments.