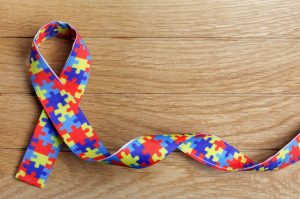 Cerberus Capital Management is taking a piece of the autism-treatment market, agreeing to buy Lighthouse Autism Center from Abry Partners, according to four sources familiar with the matter.

The deal, nearing completion, values Lighthouse, a center-based provider of ABA therapy for children on the autism spectrum, just north of $400 million, the people said.

TripleTree conducted the sale process for Lighthouse, with an agreement reached several weeks back, the people said. The sell-side marketed $29 million in 2021 pro forma adjusted EBITDA for 2021, up from approximately $20 million in 2020, two people said.

Abry, a Boston-based private equity firm, made a strategic investment in Lighthouse in October 2018.

Lighthouse, based in Mishawaka, Indiana, was founded in 2012 by Gregg and Sandy Maggioli, the parents of a child with autism. It currently operates a growing network of centers across northern Indiana and southern Michigan that focus on providing intensive one-on-one ABA therapy services to children ages 2-18.

Lighthouse marks the first platform to trade hands in autism-treatment in some time, although numerous private equity firms have been busy building out their investments with add-ons.

The most recent platform deal came more than a year-and-a-half ago, when General Atlantic in January 2020 invested in ACES. Around the same time, KKR’s Blue Sprig Pediatrics bought Florida Autism Center in a transaction valued at approximately $120 million, PE Hub wrote.

Although scale activity up until now has been minimal, at least two more autism platforms are on the market right now, with the processes in their early stages, sources said.

Broadly, sources have said the essential nature of autism treatment services has proven out through the pandemic, which should fuel more investment in the sector as strong secular tailwinds are sustained – including a tremendous amount of fragmentation, the need for greater professionalization and rising diagnosis rates.

The segment is also benefiting from the emergence of reimbursement for telehealth, which in autism-treatment is applied through the supervisory role – which educates both behavioral therapists and parents.

For Cerberus, the deal follows its November acquisition of National Dentex Labs, which provides dental prosthetics and restorative dentistry products, operating a network of 30 full-service labs across the US.

Abry declined to comment, while Cerberus and TripleTree could not be reached.