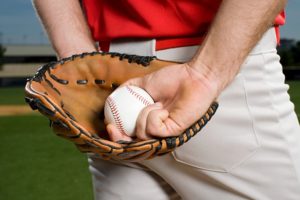 A lot has happened this year for major sports leagues outside of the playing arena.

Players across leagues have protested racial injustice in the US, resulting in the MLS, MLB and WNBA calling off games and the NBA halting playoffs. But it was covid-19 that put a total pause in action earlier this year, with empty arenas eliminating revenue coming from game-day ticketing or hospitality sales.

While these circumstances have added financial pressure to some franchises, a few teams have scored investments from wealthy hedge fund managers and PE funds.

Steven Cohen, billionaire hedge fund manager of Point72, signed a $2.4 billion deal this month to buy a 95 percent stake in the MLB’s Mets.

In July, RedBird Capital Partners, which already has the New York Yankees’ YES Network in its portfolio, created a $500 million SPAC that will target sports franchises, media and data analytics companies.

Shortly thereafter, the SPAC sponsor teamed up with Dany Garcia and ex-husband Dwayne “The Rock” Johnson to buy substantially all of the assets of Alpha Entertainment LLC, the parent company of XFL, an American football league.

Finally, Arctos Sports Partners, launched in October, unveiled its debut fund, which will invest in American sports franchises as well as top European soccer leagues. Arctos raised more than $430 million on a target of as much as $1.8 billion and has already closed a deal, PE Hub previously wrote.

Zooming out for a historical snapshot, here are the top global PE investments in sports leagues and other sports ventures since 2015, according to PitchBook data.

While these examples show the growing enthusiasm for professional sports leagues, most PE firms have shied away from investing in the US sports franchise market. Check out PE Hub‘s recent deep dive, Private equity’s shot at the Big Leagues, for more behind the industry’s slow push into sports investing.