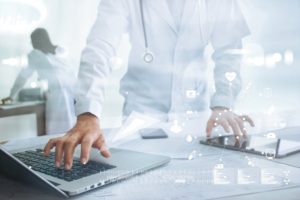 The single-asset deal is in a market that has been flooded with GP-led transactions as managers look for ways to hold treasured assets beyond the parameters of traditional private equity funds. Other large single-asset deals include CD&R’s process for more time with Belron, a deal that could total up to $4 billion.

Clearlake’s process, which is wrapping up, would move Symplr out of Clearlake’s Fund V and into a continuation pool that will give Clearlake more time to manage the business. The deal could total $1.25 billion, or up to $1.4 billion or $1.5 billion, depending on demand, one of the sources said.

Evercore is working as secondaries adviser on the process.

Limited partners in Fund V, which Clearlake closed on more than $3.8 billion in 2018, have the ability to either cash out of the interests in Symplr, or reinvest in the continuation fund, sources said.

Clearlake was considering various options for Symplr, including an M&A sale, PE Hub reported in June. The firm worked with Evercore, Goldman Sachs and William Blair on exploring strategic alternatives. Clearlake also explored a process in 2020 for Symplr that considered a minority stake sale or 50-50 joint ownership that would bring in another private equity group, PE Hub reported. That process was put on pause, PE Hub said.

In July, Charlesbank Capital Partners made a minority investment in Symplr in a deal that valued the company in the range of $3.3 billion to $3.5 billion, a source said. As with some other recent single-asset deals, the minority deal helped set the valuation of the secondaries transaction, the source said.

Symplr was generating around $190 million of EBITDA, up from $30 million when Clearlake acquired the company in 2018, one of the sources said.

Clearlake’s October 2018 deal for the business, which brought in SkyKnight Capital as a minority investor, was valued at about $550 million, PE Hub wrote at the time. Last year when it ran a process, an $80 million EBITDA figure was cited by sources, PE Hub wrote.

Clearlake started building out its Icon family of single-asset funds last year, with a process for SaaS business Ivanti. That process, which totaled around $1.25 billion, was led by Goldman Sachs, Intermediate Capital Group and Landmark Partners. A portion of the total funds raised in the deal was slated for future add-ons.

The firm, led by Behdad Eghbali and Jose E. Feliciano, followed that up with a deal to move software company Precisely into Icon II, and then Wheel Pros, which makes aftermarket automotive components, into Icon III.

More recently, the firm shifted DigiCert, which provides Internet certification and security services, into Icon IV in a deal that was expected to total up to $2 billion. The DigiCert deal was led by ICG, with Goldman Sachs also investing in the deal. DigiCert was held in Clearlake’s fourth and fifth funds, Buyouts previously reported.

The Icon funds become “acquisition platforms” for the companies to continue growing, a person with knowledge of the firm previously told Buyouts. “[Clearlake] saw the success of Ivanti and Icon I, and they’re trying to find ways to replicate that as part of an ongoing business,” a secondaries buyer told Buyouts in a previous interview.

Secondaries volume in the first half was estimated at around $50 billion, according to Campbell Lutyen’s half-year volume report. GP-led deals, like what Platinum is considering, accounted for around 55 percent of total volume, the report said.