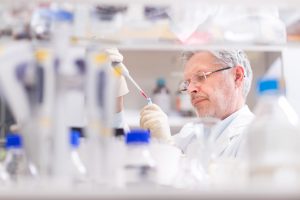 A number of parties bidding at least $600 million early this month entered the second round of the sale process for ClearView Healthcare Partners, a life sciences-focused consulting business backed by RLH Equity Partners, according to multiple people familiar with the process.

First-round bids were due in the first week of May and second-round bids are coming up in the next couple of weeks, some of the people said. More than 25 indications of interest were said to have been submitted in the first round, one person said, while another source said that around 10 parties were accepted in the second round.

Those that made it through to the second round largely bid in the $600 million to $700 million range, the people said. One party bid at $750 million, one of the sources added. It is unclear how many parties plan to submit second-round bids.

PE Hub first wrote in February that Houlihan Lokey had been engaged for financial advice on a sale process.

Sources have since told PE Hub that the Newton, Massachusetts-based company is marketing $43 million in EBITDA. This implies that most bids reflect EBITDA multiples of around 15x to 16x.

One of our sources that although it is primarily sponsors that are in the mix, one or two quasi-strategics were accepted into the second round as well. The management team owns a big chunk of the company and is interested in rolling equity, this person said, which would suggest a sale to a sponsor is a more likely outcome.

It is unclear how long RLH Equity has owned Clearview, but general partner and managing director Rob Radin has been a member of ClearView’s board of directors since April 2017, his LinkedIn profile shows.

Founded in Boston in 2007, ClearView can be likened to a global strategy consulting firm such as McKinsey & Co or LEK Consulting, but exclusively for the life sciences industry.

Although ClearView is considered a pure consulting business, the broader pharma commercialization and outsourced services universe has remained particularly hot through the pandemic-lockdown.

RLH, Clearview and Houlihan did not return PE Hub‘s requests for comment.