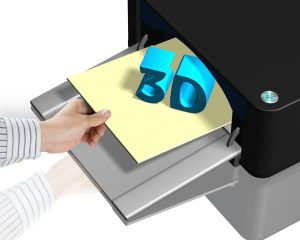 Fathom, a 3D printing service provider backed by CORE Industrial Partners, made yet another addition to its platform with GPI Prototype & Manufacturing Services – gaining a foothold in the metal additive sub-sector.

The investment was made through CORE’s $230 million debut fund, which closed in early 2018. Its latest add-on was directly sourced, completed last month and is the smallest among the four companies that make up the platform.

While CORE first acquired Midwest Composite Technologies in 2018 and then added Fathom and ICOMold to its portfolio last year, all four companies will operate under the Fathom brand name. Midwest’s roots date back furthest, to 1984, while Fathom was founded in 2008.

“Fathom has done a good job of building a name and brand in the marketplace,” explained John May, a managing partner at the firm.

With the acquisition of GPI, of Lake Bluff, Illinois, CORE added EOS technology machines like the M290 model and a few others to its platform and widened its customer base. These machines are primarily used for metal-additive manufacturing – a focus area of GPI.

Although deal discussions started in 2017, a letter of intent was signed only this June. Finding an acceptable transaction structure caused the delay, along with GPI’s hesitance to sell early on, May said, talking from his office in Chicago, where he was the sole person physically present. “We picked up the [deal] conversations in April.”

GPI ultimately hired investment bank Imperial Capital as their sell-side financial adviser, though there was no buy-side adviser involved on the transaction.

CORE has closed three deals amid covid-19, and in this case, the due-diligence involved in-person facility visits by the Fathom team.

Additive manufacturers, a subset of the wider manufacturing sector, are getting attention partly due to the comeback of manufacturing in America, said Kevin Frisch, managing director of New York-based Imperial.

3D printers allow components to be manufactured closer to the destination of the final sale, reducing costs and the need for outsourced manufacturing. In addition, the result is a lighter, better designed part. For example, in the case of aircraft parts, a 3D printer can produce one piece for 30 different components, Frisch said.

CORE’s May explained the metal 3D printing process in which GPI plays: “Fusing metallic powders produces a metal component that can be sold.”

Frisch declined to comment on the GPI process, but strategically speaking, larger companies are continuously looking to advance their tech through acquisitions of smaller sophisticated businesses – versus building technology in-house, he said.

Looking ahead, CORE wants to provide a broader range of services through Hartland, Wisconsin’s Fathom and explore additional add-ons.

Action Item: Check out the press release for more information.