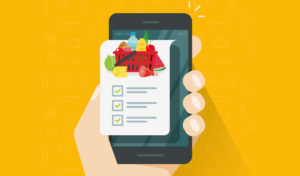 According to Crosspoint, the company has the highest accuracy in the market and improves retailers’ margins by up to 20 percent by reducing “shrinkage” at checkout, as well as by improving store operations.

“The company is very powerful at [reducing] what retailers call ‘shrink’ – which is the groceries you throw away at the end of the day or all the things that get stolen or broken,” said Clark.

The immediate reduction in shrink made possible with Everseen’s technology “is quantifiable and is a very powerful ROI case,” according to Clark, who as veteran tech executive formerly led Blue Coat and Symantec. “When you find an infrastructure technology that really impacts the business outcomes like that, you know you got a winner.”

A key component of the investment thesis: Crosspoint sees an opportunity to apply the company’s software product to areas beyond retail.

“Everseen’s technology is exactly the type of ubiquitous technology that we expect will soon be everywhere,” Clark said.

According to Clark, the market and industry analysts are seeing this immediately measurable ROI in the emerging space of Hyperautomation, which uses technologies like robotic process automation, AI, and process mining to augment workers and automate processes.

In Hyperautomation, “the AI that you can put around the computer vision really improves error reduction in so many ways,” Clark said.

Whether it is manufacturing, a production line, or a mineral stock pile, he continued, “this technology is extremely useful in the next generation of process improvement.”

Everseen also has a “fantastic organic development pipeline” to attach itself to other important areas, the investor said, and acts as an enabler in these industries. That said, Clark added that there always will be opportunities for growth through M&A.

The investment is also timely as society enters a new era of infrastructure technology, which is crucial to enabling the next generation of process improvement.

“This technology will draw a corollary with what’s really going on versus what the computer systems think is going on,” Clark said. “I think that’s going to be a huge differentiator as we go forward.”

The deal marks the fourth out of Crosspoint’s debut vehicle. Crosspoint Capital Fund I, which in April closed at $1.3 billion, exceeded its target of $1 billion – representing one of the largest first-time, technology-focused private equity funds ever raised.

Earlier this month, Bain Capital and Crosspoint announced their joint acquisition of ExtraHop, a cloud-native network detection and response company, in a deal valued at $900 million. The firm previously invested alongside Advent International in Forescout Technologies, and it made a small investment in cybersecurity company Cyware.

The firm, led by former seasoned tech executives, is focused on the cybersecurity, privacy and infrastructure software markets. PE Hub wrote last week that software investor Laura Grattan is poised to join the roster at the end of the month after more than 13 combined years at Thomas H. Lee Partners.

Correction: This report has been updated to remove incorrect information on a board appointment.