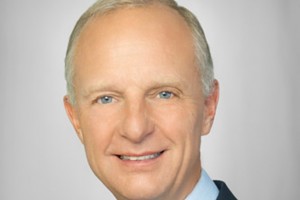 After 22 years with ORIX USA, including 10 as CEO, Jim Thompson has launched his own firm.

Thompson officially left ORIX USA, a subsidiary of ORIX Corp., on Dec. 31. Preston Hollows, which refers to a historic trail used for centuries in Texas, launched on Jan. 1. Thompson was replaced by Brian Prince, the former Chairman of Aozora Bank in Tokyo, as ORIX’s CEO.

Thompson himself is providing Preston Hollow with its $100 million; he said he has mixed feeling about leaving ORIX. “I left behind people who I worked with for a very long period of time. And successfully,” he said. “That’s what makes it difficult. But it is exciting to do something new.”

Preston Hollows is in talks with institutional sponsors for a possible partnership, he said. Like ORIX, Preston Hollow may also invest in the managers themselves. Thompson was referring to ORIX’s investments in Mariner Investment Group and RED Capital Group.

One of ORIX’s more famous deals came in 2005 when the financial conglomerate acquired Houlihan Lokey, the investment bank, for $500 million. The deal was ORIX’s first investment in an operating company with Thompson as CEO. “It was a very good investment and one I’m very proud of. The Houlihan management team did a great job on the transaction.”

Preston Hollow has yet to determine how much it will seek to invest per deal. The investment company, however, will provide debt or equity, Thompson said.

The firm will also be hiring this year. Preston Hollow is looking to bring on board 25 executives, many at the managing director level, Thompson said. “We’re looking for talented people that have exceptional track records,” he said.