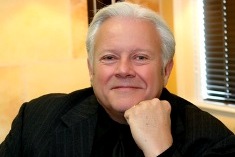 After nearly three years, Falfurrias Capital Partners is looking to sell Dorsey Wright & Associates and is seeking bids of more than $200 million, according to five sources.

Wells Fargo is advising on the sale, which is expected to attract lower middle-market private equity firms as well as strategic buyers, the sources said.

Richmond, Va.-based Dorsey, a registered investment advisor, produces EBITDA of $15 million to $17 million, two sources said, which would mean Falfurrias is seeking 12x to 13x EBITDA. However, a third source said Dorsey’s EBITDA was more likely around $12 million to $14 million, which translates to a sales price of nearly 17x EBITDA.

Based on the sale price, Dorsey Wright will likely be bought by a strategic buyer, buyout execs said.

Falfurrias Capital Partners acquired a majority stake in Dorsey Wright in November 2011, according to a statement from that time.

Falfurrias, based in Charlotte, N.C., was founded in 2006 by Hugh McColl Jr., a former chairman and CEO of Bank of America, and Marc Oken, an ex-BofA CFO. It is a lower middle-market PE firm and invests in sectors such as financial services, consumer products and healthcare. Falfurrias announced in 2007 that it had closed on $97 million for its debut fund. Performance data for Fund I is unavailable.

The PE firm began marketing for its second pool, Falfurrias Capital Partners II LP, in November 2011, according to an SEC filing. Fund II had a $200 million target and had reached $105.7 million in commitments as of May 2013, a regulatory filing said.

[contextly_sidebar id=”uXkUFgaJI9ktKWvVO4rZ9n1HDXJYzifB”]Dorsey Wright & Associates was co-founded by Tom Dorsey in 1987. He is widely followed on Wall Street and has authored books such as “Point & Figure Charting: The Essential Application for Forecasting and Tracking Market Prices,” “Thriving as a Broker in the 21st Century,” and “Tom Dorsey’s Trading Tips: A Playbook for Stock Market Success.”

The firm offers investment research and analysis for broker/dealers and institutions. Dorsey Wright, which reportedly oversees $5.1 billion in assets, employs about 20 people, one source said.

While small in size, Dorsey Wright is a “big momentum shop” with a large cult following in the advisor space, the source said. The company has branched into discretionary asset management and has ETFs based on their strategies. For example, Invesco Powershares and First Trust each have ETFs that track Dorsey Wright indexes.

The ETF sector has seen activity of late. Goldman Sachs is in talks to buy IndexIQ which is backed by FTV Capital, Reuters reported. Meanwhile, Janus Capital Group said last week it was buying VS Holdings, the parent of VelocityShares, an ETF provider. FTV is also an investor in VelocityShares.

Executives for Falfurrias did not return calls and emails seeking comment. Executives for Dorsey Wright and Wells Fargo declined to comment.