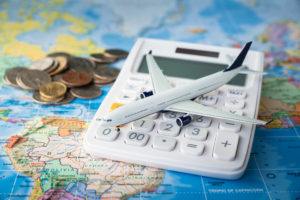 Consider Branford Castle Partners, which has been outspoken about its intermediary incentive programs that go well beyond traditional offerings.

“With so many banks and broker firms, we want to continue to be top of mind,” said Laurence Lederer, senior managing director of Branford Castle, a private equity firm investing in companies with EBITDA up to $15 million.

The New York PE firm hands out airline miles – unfit amid a pandemic but otherwise a creative gift – for introductions that don’t even lead to closed transactions.

Branford Castle, which prides itself on the transparency of its offerings, believes that the frequent-flyer payout shows the company’s appreciation for the community.

It also pays its advisers commission based on the “Double Lehman” model, a modification of the commonly used Lehman formula, where a finder gets compensated 5 percent on the first $1 million of deal value, 4 percent on the second $1 million, and so on. In the Double Lehman fee structure, the 5 percent comes from the first $2 million and the 4 percent is from the next $2 million, effectively raising the compensation earned in the entire deal.

In today’s hyper-competitive market, deal origination is vital for private equity firms of all sizes. For smaller PE shops that commonly invest in founder-owned or closely-held businesses, firms need help navigating through an abundance of opportunities. For many, engaging specialized buyside advisers to canvas the market and narrow down a targeted list of promising opportunities is crucial.

Offering anything beyond a compensation or fee used to be rather uncommon. But in the past few years, PE firms started extending above-market referral fees and unusual incentives to ensure they were the first to get proprietary deal opportunities.

Shoreline Equity Partners, based in Ponte Vedra Beach, Florida, is another firm that has gotten creative. The firm, which targets companies with EBITDA up to $25 million, launched a buy-side incentive program late last year that includes “a trip of a lifetime.”

Travel incentive awards range from a ski adventure in the Swiss Alps to destination vacations in Dubai or the Maldives, as well as a VIP experience at a major sporting event.

Trivest Private Equity goes a step further. The firm provides a three-year lease on an S-Class Mercedes Benz to an intermediary who introduces them to their next platform company – in addition to the buy-side fee. The firm invests in businesses with at least $4 million in EBITDA.

Trivest declined to comment, but its fee agreement states that the PE firm can use pictures of the rewarded car and its new owner in their promotional materials.

Of course, for most that do buy-side work, dealings with PE firms are usually kept under wraps. PE firms, by nature, maintain a low profile and rarely disclose their finder’s fee agreements, structure of payments and even the existence of such referral plans on their website.

One such adviser is Scott Witter, managing partner with Breakwater Advisers, an M&A origination consulting practice based in Redondo Beach, California.

For Witter, trust and having a personal relationship with a PE firm is more important, “but it’s certainly a good marketing effort,” he said, commenting on the various strategies used to entice advisers such as brokers, former CEOs, investment bankers and board members.

Along with a transaction fee, advisers typically earn a monthly retainer – a sum that keeps intermediaries aligned with PE boards and on constant prowl for acquisition candidates.

Firms like MiddleGround Capital, which invests in companies with up to $30 million in EBITDA, also have good reason to keeps details around finder’s compensation out of the spotlight.

The offer varies each time and is specific to every sector, said Christen Paras, head of business development at MiddleGround Capital, explaining why a firm would prefer to keep compensation details confidential.

Although finder’s fees are typically compensated based on Lehman’s formula, there is no industry standard. The unregulated nature of PE firms means that the fee is negotiated based on different factors – it’s all deal specific.

“What we are increasingly seeing is there’s a lot of skewing of the word ‘proprietary,’ ” according to a sponsor, whose firm backs North American businesses with up to $35 million in EBITDA. “You are no longer the only party viewing the deal opportunity,” he said. “It’s not an exclusive dialogue.”

The lack of transparency on finder’s fee arrangements amid larger PE firms can be concerning, this sponsor told PE Hub. On the flip side, “it keeps us from getting inundated with calls from consultants that are trying to just create more friction than opportunities.”