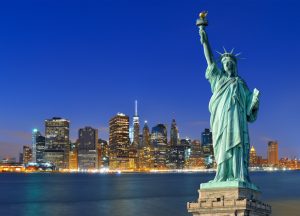 Astorg, once a French-only private equity firm, is ramping up its US expansion with several new hires that are intended to turbocharge its healthcare and software efforts in the region, sources familiar with the firm’s plans told PE Hub.

The impetus? Astorg, which invests in what it characterizes as B2B global niche market leaders, has already built a US presence through the global angle it takes in each of its deals. First, through European-based platform companies that have US exposure: around 30 percent of Astorg’s cumulative portfolio company sales were US-based before it established a physical office in the US a year ago, sources said.

Building off of that, the firm has doubled down in the last two-and-a-half years through investments in three US-headquartered companies – Anaqua, ERT and Cytel. Considering some two-thirds of the global private equity market resides in the US, putting feet on the ground was a natural extension of Astorg’s global efforts, sources said.

Astorg is on track to grow its New York investment bench to more than 10 by year-end, and by the end of 2022, to some 15 to 20 team members, some of the people said.

The New York office, which opened in September 2020, is co-led by directors Christopher Cozzone and Olivier Lieven. Cozzone, who joined in 2020 from Bain Capital Double Impact in New York, heads US Software, while Lieven, who joined in 2015 from 3i Group, is leading US Healthcare.

One of some four new hires joining this year is former Cerberus Capital Management investor John Chun, three sources told PE Hub. Chun is set to start in late October as an associate director to expand its US healthcare presence, they said.

Astorg and Chun declined to comment for the story, while Cerberus did not return a request for comment.

Chun spent about four years at Cerberus, where he was a vice president focusing on growth-oriented healthcare investing. He recently helped lead Cerberus’ acquisition of Lighthouse Autism, which PE Hub wrote commanded a valuation just north of $400 million. Chun previously worked at Welsh, Carson, Anderson & Stowe, where he invested in healthcare and technology.

For Astorg, which was founded in 1998 out of Paris, the US represents its third global hub after London, which opened in 2012. Astorg managing partner François de Mitry sponsors the firm’s US presence, while Partner Judith Charpentier heads global healthcare, and managing partner Joel Lacourte leads global software.

Sources said the US hub is investing solely out of Astorg’s large-cap strategy, which targets businesses with enterprise values in the €400 million (~$475 million) to €2 billion (~$2.4 billion) range.

Astorg has been scaling up from a fund perspective. Astorg’s latest flagship fund, its €4.2 billion Fund VII – which is so far invested across 11 platform companies – is double the size of its €2.1 billion Fund VI. The Astorg VII flagship and co-investment funds have deployed €5.5 billion in the past two-and-a-half years, sources said.

Astorg solidified its push into the US in February 2019, when it acquired Boston-headquartered Anaqua, a global leader in providing integrated end-to-end intellectual property management software to the world’s largest corporations. The sellers were Insight Venture Partners and Bessemer Venture Partners. (Marking its second IP-related deal, Astorg completed its purchase of Corsearch from Boston’s Audax Private Equity in April.)

When ERT in December 2020 agreed to merge with Bioclinica, owned by Cinven, it assigned the combination a total enterprise value of approximately $5.9 billion, PE Hub wrote. Astorg, Nordic and Novo all upped their investments in the newly combined company, one source said at the time.

Also in December 2020, Astorg and Nordic partnered once again to buy New Mountain Capital’s Cytel, a Cambridge, Massachusetts-based company using statistical analysis in the planning and optimization of clinical trials. Nordic and Astorg invested through a 50-50 joint ownership structure in a deal valuing Cytel at approximately $1 billion, people familiar with the deal terms told PE Hub.

Astorg’s push into the US comes as other European-headquartered firms such as EQT, Nordic, Novo and Cinven have boosted their country operations in recent years.

In recent examples, Novo’s purchase of pharma services company AltaSciences in March marked the first for the new team – led by former Temasek investor Abhijeet Lele – steering the Principal Investments arm’s push into US healthcare investing. Novo subsequently bought Francisco Partners’ minority stake in Availity in a July transaction valuing the health information network between $1.7 billion and $1.8 billion, according to people familiar with the deal terms.

EQT, for its part, has been among the most active global healthcare investors over the last several months. In the US, that includes its partnership with Goldman Sachs to buy pharma services giant Parexel in an $8.5 billion deal. EQT also marked it’s first-ever US initial public offering not long ago with Certara, whose biosimulation software fuels drug development.