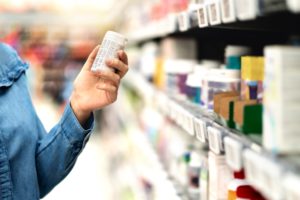 GHO Capital-backed Envision Pharma Group is getting into the business of pharma commercialization through the acquisition of Two Labs, the London-based healthcare private equity firm told PE Hub.

The deal provides an exit for Denver-based Excellere Partners, which originally invested in the Powell, Ohio, company in January 2017.

Financial figures were not disclosed and GHO declined to comment further on the transaction; however, sources familiar with the matter said the deal values the business around $280 million, concluding a Baird-run sale process. Two Labs produces about $19 million of EBITDA, they said, implying an approximately 15x multiple.

The deal expands Envision’s existing client base beyond tech-enabled medical affairs and medical communications and into the product pre-launch setting, while also bolstering its US footprint and adding small- and mid-sized pharma and emerging biotech clients. Envision, led by CEO David Thompson, provides services and technology to more than 90 companies today, with around 1,000 employees across 18 global offices.

Ardian confirmed PE Hub’s report last week in a news release, revealing that GHO and management had acquired a majority stake in the business, alongside an investor consortium that also includes HarbourVest Partners and Northwestern Mutual.

GHO’s additional investment was anticipated to value Envision at $750-million-plus, sources said in September, placing the company’s EBITDA at $40 million to $50 million.

GHO’s original investment in Envision dates to July 2016, when it partnered with Paris-based Ardian to acquire the business from Halifax Group. Ardian assumed a majority stake in connection with the original transaction, sources said.

GHO Capital Fund 1 collected €500 million in November 2016, out of which its initial investment in Envision was made.

The firm, also known as Global Healthcare Opportunities, was launched in 2014 by former executives of Quintiles, 3i Group, J.P. Morgan and TPG. GHO invests in European healthcare companies with a global potential.