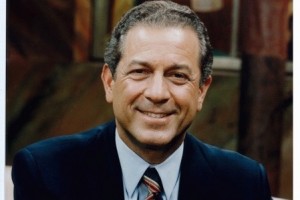 Family, friends and colleagues will gather Friday to celebrate the life of Richard Rainwater, who has been described as the “godfather of private equity.”

Rainwater passed away on September 27, 2015, in his home in Fort Worth, Texas, according to a statement from the Rainwater Charitable Foundation. He was 71. For the past six years, Rainwater has suffered with a rare brain disorder called progressive supranuclear palsy.

Colleagues described Rainwater as gregarious and bright and said he was a mentor to many in the private equity world. “He was a mentor, a great friend and an inspiration,” said Barry Volpert , co-founder of Crestview Partners.

Back in the 1990s, a 30-year-old Volpert went to Rainwater for career advice when he decided to leave Goldman Sachs & Co. At the time, Rainwater was already considered a legend because of his success with the Bass family investments (turning a $50 million oil inheritance into a $5 billion fortune) and his work with Walt Disney & Co.

Rainwater told Volpert to start his own firm with his own money. When he learned Volpert didn’t have enough capital, Rainwater told him: “If you are going to invest other people’s money, you should invest some of mine,” Volpert said.

Volpert heeded the advice and launched Crestview, a New York private equity firm, with Rainwater as one of the firm’s first LPs. Rainwater told Volpert to “never make an investment” unless he was willing to invest 25 percent of his net worth on an idea. “He gave really good advice,” Volpert said. Along those lines, Crestview kicked in a $250 million GP commitment to its most recent fund, which closed on more than $3.2 billion earlier this year.

‘Ahead of his time’

Kenneth Hersh, co-founder and CEO of NGP Energy Capital Management, calls Rainwater the “godfather of private equity” and said he inspired NGP, which now has $16 billion in cumulative capital commitments.

In 1988, when he was 25 years old and a student at Stanford University business school, Hersh wrote to Rainwater asking for a summer job. Hersh suggested his summer job be putting together a strategy piece on how to invest in energy. Rainwater didn’t have a job but instead invited Hersh to come speak to him. “He liked what I wrote,” Hersh said.

Rainwater helped Hersh connect with other executives, including David Albin and the late Gamble Baldwin, who together launched NGP. Rainwater was a small investor in NGP’s first fund, Hersh said.

NGP executives “officed” with Rainwater in his Fort Worth locale for 11 years until 2000. Hersh said he learned much of his style and investment skill from watching the way Rainwater interacted and worked.

“This is a big loss for the industry,” Hersh said. “He was ahead of his time. He was a magical guy.”

David Bonderman, founding partner of TPG Capital (formerly Texas Pacific Group), met Rainwater when the financier was managing the fortunes of the Bass brothers, CNBC reported in 2012. Bonderman said Rainwater invited him to his office to “watch what I do and you’ll learn. Just show up any time, spend the day with me, whenever you want.”

In 2011, Bonderman told Fortune that Rainwater “may be the best deal guy ever.”

“I learned everything I know from sitting in Richard’s office and watching how he operated,” Bonderman told Fortune.

Rainwater’s most famous bet for the Bass family was the $478 million investment in Disney in 1984, CNBC said. He hired Michael Eisner, a Paramount Pictures studio head, to be Disney’s CEO. Rainwater also helped engineer former President George W. Bush’s investment in the Texas Rangers, considered the foundation of his fortune, the Los Angeles Times reported.

Services will be held Friday, October 2, at the Broadway Baptist Church in Fort Worth, according to an obituary. The Rainwater family also plans to hold a memorial service in New York City on October 27.

Hersh and Volpert expect to attend Friday’s celebration. It’s unclear if Bush, a longtime friend of Rainwater, will be there.

Action Item: The Rainwater Charitable Foundation can be reached atinformation@therainwaterfoundation.com