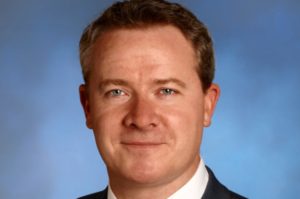 The pandemic has created winners and losers, with some business models having benefited from the shutdown and the remote environment and others challenged, according to Rob Pulford, a partner at Goldman. The banker moved to New York from Goldman’s London office in August to head the financial and strategic investors group (FSIG) in Americas, working closely with Partner Pete Lyon, global head of FSIG.

“The thing that’s fascinating about the pandemic is that the market is polarized: we have companies that were very positively impacted by covid in tech and healthcare, and on the other hand, we have businesses that have been challenged, like leisure, travel, airlines and transportation, or anything that requires gathering of large groups of people,” Pulford said.

“Those businesses obviously were taken out of the market, but they are also a lot harder to invest in,” he said.

“So, we have these two worlds existing at the same time, which creates very different opportunities and dynamics.”

Online marketplaces and tech-enabled, remote-productivity software companies have experienced acceleration in growth, for example, and with that comes an elevation of purchase-price multiples, Pulford said.

“Higher growth means higher multiples and I think those companies are just growing faster, even more than people had expected,” Pulford said. “I think it’s as simple as that.”

Goldman has seen a significant pick-up in sponsor-driven M&A activity in the past two months, fueled by pent-up demand for exits and an acceleration of growth in certain businesses, Pulford told PE Hub.

“On the exit side, we missed this whole period of time where we did not see any activity at all, so there is a built-up pipeline there,” Pulford said. “We have many clients that raised a lot of capital and now have to make up for the five to six months during which the pandemic saw a temporary pause in deal activity. So, there is a significant amount of catch-up to do for the right deal on the right terms.”

The private equity community was quiet in terms of new M&A in the March-to-June timeframe, as firms were dealing with issues facing portfolio companies, Pulford said. “It’s really been only the last two months when the volume of activity really started to pick up,” he said.

According to Pulford, nearly 180 SPACs are currently sitting on more than $58 billion of dry powder and looking for targets.

His addition to the North American sponsor coverage team is intended to help Goldman bridge the gap between the number of senior bankers in-house and new M&A opportunities on the private equity side.

“One of the eye-opening things about running a sponsor coverage business in Europe and then coming here is that the scale of sponsor activity in the US is significantly greater than in Europe,” Pulford said.

“We didn’t have enough people focused on middle-market companies full time, so it was more of a lost opportunity than anything else,” the banker added, speaking about  Goldman’s recent launch of its Cross Markets Group (CMG).

Pulford, who spent 25 years in banking, including covering European private equity sponsors out of Goldman’s London office, will now leverage his experience with global sponsors to expand the bank’s coverage in North America.

Correction: This version of the story corrects the title of Rob Pulford to head of FSIG in Americas.