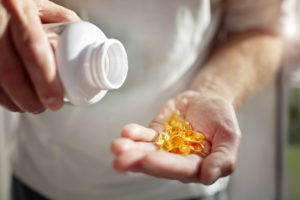 Goli Nutrition recorded tremendous growth in a short span of time but buyers are hesitant to bet on the immunity-boosting supplements company because of fears of investing in a fad, according to three sources familiar with the process.

The company, best known for its apple cider vinegar gummies, engaged Centerview Partners in late 2020 to explore a sale, only a year after its founding, sources said.

Industry sources said the vitamin company generated about $300 million in revenue last year – all from the sale of the apple cider vinegar gummies. Goli’s second product, ashwagandha gummies, launched in the market early this year. The company sold the multivitamin at a rate of 200 bottles per minute in the days right after launch, according to the publication WWD.

Most strategics passed on the deal but the company remains in the market, according to one of the sources. The West Hollywood, California-based company expects to generate $75 million in EBITDA and $750 million in revenue this year, with the process aiming to command at least 10x EBITDA, sources said.

The pandemic has boosted sales of vitamins, minerals and supplements, but with that comes risk. Top of mind for potential buyers are the concerns associated with investing in a trend, including both the competitive pressure from other brands and the likelihood that Goli’s growth rate and margins hit a ceiling, PE sources and bankers said.

As history has shown, ingredient-based trends come and go, one person said, pointing to the apple cider vinegar craze.

In this case, large growth equity consumer PE firms like TSG Consumer Partners could fit the bill as logical buyers of Goli given its high margins, sources said.