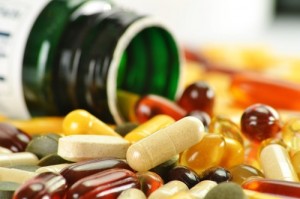 It was perhaps this kind of consumer loyalty that made the 92-year-old company one of Canada’s best known and most recognizable brands.

But to take success to the next level, and give Jamieson a wider global platform, something more was needed. That something, as it turned out, was a PE partner with operational know-how in the VMS space.

In the early weeks of 2014, Margolis, whose family has controlled Jamieson since 1951, agreed to sell the Toronto-based business to U.S. mid-market private equity firm CCMP Capital Advisors. The deal, unofficially valued at over $300 million, was at once a succession event and a transition to new owners who are able to assume risk and effectively position the company for its next phase of long-term growth.

I recently had a chance to discuss CCMP’s expectations for Jamieson with Managing Directors Joe Scharfenberger and Rich Zannino and Executive Adviser Doug Cahill.

Scharfenberger said CCMP was first introduced to Jamieson in July 2013. Prior to that meeting, the company had undertaken a strategic process that included an unsuccessful search for a compatible strategic or PE partner.

“Before being introduced to Jamieson, CCMP conducted a comprehensive study of the VMS sector,” said Scharfenberger. This research, combined with the firm’s history of investing in consumer-retail sectors, and its track record with such portfolio companies as Vitamin Shoppe Industries, suggested an especially good fit between CCMP and Jamieson, he said.

Once the acquisition was completed in late January, CCMP’s focus turned to enlarging the company’s footprint in the US$30 billion global VMS market, said Zannino.

The growth plan is less about blazing new trails than it is about exploiting Jamieson’s strengths, which include its “trusted brand,” said Cahill, who is CCMP’s point man in its stewardship of the company.

“Jamieson already has a long-standing presence in the VMS sector, and a great relationship with customers,” said Cahill. For this reason, the company is well disposed to doing more in-house R&D, developing and diversifying its product base, and getting into some new areas of activity, such as cross-selling and digital opportunities that can connect Jamieson with younger generations of buyers.

“There’s lots of upside,” said Cahill, including “plenty of railroad track left in Canada.” To become a world market leader, Jamieson also will look for expansion opportunities in the U.S. and elsewhere internationally. CCMP will help make this happen by leveraging its own proprietary relationships with major retail customers.

Scharfenberger thinks that much of Jamieson’s continued expansion, particularly in its home market in Canada, will be organic in nature. However, as opportunities are identified abroad, CCMP also may pursue add-on acquisitions.

To execute its growth plan, CCMP sets great store on its close working partnership with the company’s senior management. In this regard, Margolis will remain chairman of the board of directors. Vic Neufeld, Jamieson’s CEO and president for the last 21 years, will not be staying on, however, given his recent decision to retire. A search for a new top executive is currently in progress.

CCMP invested in Jamieson through its latest partnership CCMP Capital Investors III LP, which is currently in the market to raise a targeted US$3.5 billion.

Among the backers of Fund III’s first close in 2013 was Canada Pension Plan Investment Board (CPPIB), which disclosed a commitment of up to US$300 million. CPPIB also provided financing for the Jamieson deal.

Roughly one year ago, CCMP was involved in another important Canadian transaction — the $975 million purchase by Milacron of Georgetown, Ontario-based Mold-Masters from British PE firm 3i Group. Milacron, a U.S.-based plastics processing business, has been a portfolio investment of CCMP since 2012.

Zannino characterized the Mold-Masters deal as “a very significant strategic acquisition” for Milacron. He said the post-acquisition integration of the two companies has been “going really well.”

CCMP was established in 2006 in a spinout from JPMorgan Chase & Co, the New York bank that had housed J.P. Morgan Partners LLC, and predecessors Chemical Venture Partners, Manufacturers Hanover and Chase Capital Partners. The firm has offices in New York, Houston and London.