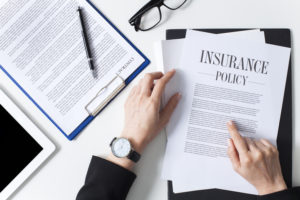 GTCR is aiming to embark on an aggressive buy-and-build strategy for newly acquired Global Claims Services. Thursday’s transaction for the insurance technology company commanded a total enterprise value of roughly half a billion dollars, sources familiar with the deal terms told PE Hub.

The deal, signed a month ago, closed this morning following HSR approval. GCS is GTCR’s third investment out its $7.5 billion Fund XIII, from which three additional deals are pending.

Although nothing is imminent, Chicago-based GTCR will stack up the company with several complimentary add-ons. “We do have three to four targets in our line of sight that we are actively considering,” said Aaron Cohen, managing director at the firm.

GCS works on behalf of property insurance carriers, helping them analyze house repairs and claims for such things as damaged flooring, roofing, cabinetry and more. The Jacksonville, Florida, company first identifies if the building material is repairable and then provides the appropriate cost of material and labor using its database.

Founded in 1993, GCS has a suite of tech-enabled businesses under its umbrella. That includes Renovar, a network of restorative service and repair craftsmen; ICC, which analyzes damaged goods; InsurTech solution ITEL; and Housing HQ, an emergency relocation service for homeowners.

GCS is GTCR’s second investment in the insurance claim solution space, following the acquisition of Solera in 2005.

GTCR’s plans for GCS follow a historical blueprint: after GTCR acquired Solera, it followed that up by buying other claims processers for Solera, including, in 2006, the service division of Automatic Data Processing, for $975 million. Soon after that, Solera went public.

More recently, Solera – bought by Vista Equity in 2016 for $6.5 billion – halted its talks to go public again through a $15 billion SPAC deal with Apollo, as reported by Bloomberg.

GTCR’s acquisition of GCS provides an exit for PNC Riverarch Capital, the private equity division of PNC Capital Finance. The deal concluded a Lazard marketed sale process that kicked off earlier this summer, but, Cohen said, “we have known the company for a couple of years now.”

GCS, whose revenue is growing at a double-digit rate, is also positioned to scale organically. These initiatives will include expanding into other insurance solutions within the residential category, selling more solutions to the existing customer base, and building new ancillary solutions.