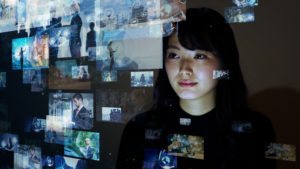 With this add-on, Simpli.fi, which aims to improve digital advertising by using unstructured data, will embed technology into Advantage that makes it easier for independent ad agencies to run high volumes of hyper-targeted campaigns, Master said.

The platform is focused on growing its user base by becoming a provider to more advertising agencies, especially at a time when many of them move their TV budgets from linear TV to streaming television, the investor explained.

“It’s a big initiative to figure out how we find more of these agencies and how we should compete more effectively with other demand-side platforms,” Master said.

“We thought about going deeper into the software that’s used by the agencies, such as Advantage, then building better integration to Simpli.fi,” he added.

For Simpli.fi, which competes with The Trade Desk and Google DV 360, the acquisition of Advantage Software is also a play on growth of connected TV among smaller media companies and ad agencies.

The connected television business was a $4 billion dollar market in 2020 and growing, according to Master.

“Our goal is to take our connected television business and grow it by 100 percent year–over–year instead of the 54 percent the industry is expecting – and to use the Advantage acquisition to drive that growth,” he said.

PE Hub reported in October that Vista Equity was planning to sell Mediaocean for more than $2 billion.

Trade Desk, for example, has a $37 billion market cap and the company is valued at 34x its 2021 revenue – indicating that people really view growth in the advertising sector as fueled by these ad buying tools, he said.

“Bringing Advantage and Simpli.fi together would be similar to Mediaocean and The Trade Desk merging, but unlike Mediaocean and Trade Desk, we’re focused on the 10,000 independent ad agencies across North America that have smaller teams running higher volumes of more targeted campaigns,” he said.

“Our goal is to build the most advanced integration ever between agency management software and buying tools to help our customers be more efficient and effective in a world where media buying is more complicated than ever,” Master added.

Correction: This version of the article corrects the spelling of Simpli.fi in the first paragraph.