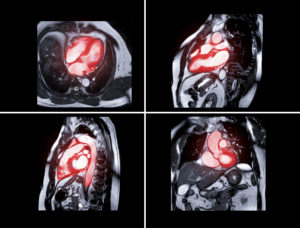 Based in San Francisco, Press joined Thoma Bravo in 2015 as a vice-president. Today, he is responsible for co-leading the firm’s Explore platform, which backs high-growth lower mid-market software and technology companies.

Thoma Bravo has been investing in software-based healthcare investments for the past decade and had been exploring medical imaging.

“As a firm, we had looked at other assets in the imaging and radiology space and thought it was super compelling and interesting because of high-quality revenue, great economics and buyer dynamics,” Press told PE Hub. “We viewed that market as compelling due to all the spend going into technology and into radiology, and when we met this company, we wanted to invest behind it.”

When trying to identify opportunities in the space, the first box to check off is whether the company is a “category leader,” according to Press. “It can either be a huge category-killer company that our flagship fund invests in, or an emerging category leader, and that’s what we saw with Circle CVI,” he said. “Sometimes it can be hard to find category leaders at a smaller scale, but when you find one, it is really special.”

Press found that emerging category leader in software for cardiac MRI and CT in Circle CVI, and he and the team got “even more excited” about the opportunity after doing diligence on the trends in imaging.

Press is optimistic about the organic growth capabilities of the company, based on trends and demographics.

“Cardiac MRI is our core market,” he said. “Every year, there are 20 percent more cardiac MRIs than the year before, and it is taking share away from other forms of imaging, like nuclear imaging, for example, which has long been one of the standards of cardiac imaging.”

He also noted that there are roughly 8,000-plus institutions in North America that have an MRI scanner today and only about 1,200 or so are doing cardiac MRI.

“The hardware is out there, and capital equipment exists,” he said. “As more and more guidance comes out around the value of doing a cardiac MRI, we will see more volume, and we are seeing that in the data, so we are going to be riding that secular wave.”

There are also various avenues for inorganic growth that Press and the firm see as potential paths for growth and scale.

“We can go deeper in cardiology as a clinical area and have add-on modules that look at fibrosis of the heart, or blood flow to the heart,” he said. “Those are add-ons we can sell along with our core MRI module to generate more growth. We can also get into other imagining modalities, such as ultrasound. We can do that expansion either organically or through M&A.”

They also envision expanding into other areas like neurology, for example.

“The company is trying to replicate cardiac MRI with a stroke, and that is a new product they are working on organically that we hope will hit the market this year and represents another interesting potential growth sector,” he said.

The business model of the company is evolving.

“The company is going through a transition that a lot of software companies go through, which is going from a perpetual license where you sell the software one time, into a subscription model,” Press said. “We are in the early days of that, but once we progress through that, we will see an acceleration in the business, given the nature of the subscription model, giving us another way to accelerate growth over the long term.”

Press is in no rush to sell Circle CVI.

“The average exit time across our portfolio is between three and four years but we have had businesses we have held as long as 12 years and others we have sold within a year,” he said, adding that the firm has no issues holding Circle CVI as long as it needs to in order to reach the goals it set.

“Great companies get bought, not sold,” he said. “I think that is generally true, but we have a long way to go before we think about an exit.”

The country continues to deal with labor force challenges, increasing inflation and rising interest rates. How will these issues impact this investment?

“This is a growth investment, we put very little debt capital on the balance sheet, so rising interest rates won’t hurt us much here as it would a more traditional leveraged buyout with more debt on the capital structure,” Press said.

As PE Hub has heard from many PE firms investing in healthcare lately, attracting and retaining top talent in the healthcare field is a huge challenge.

“One of the keys to unlocking cardiac MRI is having really high-skilled technicians that can perform the MRI,” he said. “These are complicated images to capture, as you have to make sure the patient is positioned just right, be familiar with the equipment and know how to guide the patient through certain breath holds in order to capture the right images while they hold their breath.

“Having skilled technicians is critical for MRI and there is a shortage of them, not surprisingly. That labor shortage can hold back this market, and that, of course, is something we are considering and will keep an eye on.”

Dependence on human labor may decrease over time.

“As the technology gets better, the reliance and dependence on those technicians will start to wane over time, so our hope is that come three to four years from now, more of that process of capturing the MRI is automated.”