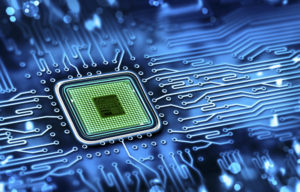 Align Capital Partners, a lower mid-market private equity firm founded by former executives of the Riverside Co, on Wednesday announced the acquisition of StenTech, which makes surface-mount technology stencils used in the production of semiconductors and other electronics.

Co-founder and managing partner Chris Jones told PE Hub that the firm was driven to invest in StenTech in part due to the rising demand for semiconductors. As a maker of stencils and other complementary components, StenTech has operations in Canada, Mexico and the US, and its customers are diversified among designers, manufacturers and contractors in the semiconductor space.

“This business has a lot of the attributes that we look for,” said Jones. “These products have short lives and have a very good recurring demand profile; they are very technical and performance-oriented. They are relatively low cost, but they have a huge impact on the manufacturing process of their customers.”

Throughout the world, semiconductors have been in high demand across industries, including medical equipment, electronics and automobiles. Supply chain issues have created serious shortages.

With bipartisan support in Congress, the government is racing to inject capital that will help scale the production of semiconductors in the US and reduce reliance on offshore supplies that are sometimes unpredictable, due to the geopolitical tensions and the other risks posed by the pandemic. The White House is also classifying the local production of semiconductors as a national security issue.

ACP said its investment is closely tied to the reshoring of semiconductors. “The company is well positioned to benefit from the re/onshoring of production that had left us and are coming back into the US, some of which are supported by the recent legislation,” said Jones.

He added that the demand for stencils is also supported by the commercial announcements from chip makers, which are adding capacity to their operations in the country, mainly in states like Nevada, New Mexico, Arizona and Ohio.

“We think StenTech is well positioned to supply that demand and to grow with those customers as they grow their manufacturing operations in North America,” Jones said. In an industry fraught with raw material supply shortages, ACP said it collaborates with local vendors, which, it hopes, will keep global supply chain challenges at bay.

ACP, with offices in Dallas and Cleveland, was formed in 2016 and closed its sophomore fund at $450 million in 2020. StenTech represents the firm’s 70th deal, including 15 platform investments.