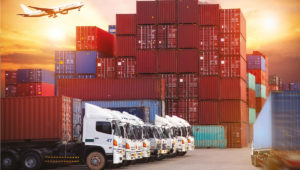 When family office Kidd & Company and investment firm Firmament sold their portfolio company Logistyx Technologies to E2open for $185 million in March, the deal culminated a five-year investment during a heady period of growth. Logistyx develops software aimed at optimizing parcel shipping, and demand for its software was fueled by the rapid rise of e-commerce during the pandemic. In 2021, Logistyx achieved approximately $40 million in revenue, according to E2open’s press release announcing the deal. Although the sellers declined to discuss returns, a source familiar with it said Logistyx sold for 4.5x revenue. To find out more about the deal, PE Hub conducted interviews with Gerry DeBiasi, who is a partner at Kidd & Company, and Ted Wong, a principal at Firmament.

Kidd & Company traces its roots to an initial investment by founding partner Bill Kidd in 1976. Initially, the firm was called Lineberger, Kidd, Kamm, & Company. It was renamed Kidd & Company in 1996. The family office invests in lower middle-market companies. According to DeBiasi, Kidd grew his business by principal investing, and “that’s how he has made his money over the past 45-plus years.” Kidd also co-founded Medsource Technologies.

Firmament invests in early-stage companies and small to medium-size enterprises.

Logistyx optimizes parcel shipping by helping consumers determine the right carrier for their goods. Shippers can input data on their parcels, the destination, handling requirements among other details and, in turn, the software will determine the best carrier to use by comparing rates and possible delivery times.

DeBiasi said the growth strategy for Logistyx included targeting customers in the Fortune 1,000 global companies, building capabilities that competitors didn’t match and growing the customer base with a set of blue-chip customers.

“We were in a very sweet spot in the market,” explained DeBiasi. “With the growth in e-commerce and the resulting growth in parcel shipping, it created significant demand for our software and services.”

The goal was to create an industry leader in a fragmented market, explained Wong. This, he said, required hard work and patience as well as building by acquiring some predecessor companies that ultimately allowed Logistyx to become a globally recognized company within the shipping sector.

Said Wong: “I think it’s very much in keeping with the idea of starting simple and scaling business over time and building to a point where it is a market leader, then we ultimately exited to a publicly traded company.”

The fruits of the firms’ labors were realized in the sale.

“We felt that the hard work we put in for many years was being recognized,” DeBiasi said. “By having a buyer like E2open, a public company that did a tremendous amount of diligence, we felt it validated our strategy and position in the marketplace.”

DeBiasi said he picked up some lessons during the investment in Logistyx: “It’s good to be in a market where the wind is at your back, not in your face,” he said. “We got a nice tailwind which we have because of the market growth and trends, and our strategy was a good one. Then it comes down to execution, which is all about the people you have on your team.”