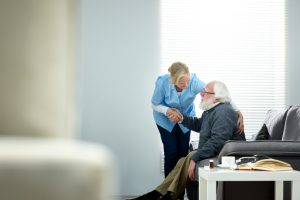 Final bids are coming up for InTandem Capital Partners’ Cano Health, a fast-growing primary care provider for seniors, according to multiple sources familiar with the process.

PE Hub originally wrote in February, ahead of the crisis, that Moelis had been engaged to advise the Miami-based company on an upcoming sale process.

With the process now in its late stages, those anticipated to bid include Bain Capital, as well as OMERS Private Equity in partnership with Ontario Teachers’ Pension Plan, some of the people said. Advent International and Centerbridge Partners are also expected to jointly bid, sources told PE Hub. The latter invested in Cano this summer through its credit fund to support Cano’s acquisition of Healthy Partners, they said.

Final bids are due on Thursday, one person said.

The sell-side aims to command a 15x to 16x multiple off of the $95 million, one person said, while another source said the sellers hope to fetch closer to $2 billion.

At the same time, four of the sources said sponsors in the mix are anticipated to bid around a mid-teens multiple based upon a lower EBITDA figure – suggesting a deal valued in the low $1 billion range. “There’s a big debate on what it’s worth,” one source said.

“What number [EBITDA] is the big question,” another said.

Part of the complexity in valuing Cano is its rapid growth and aggressive M&A playbook, sources said.

Its latest acquisition came in June, when it bought Healthy Partners to bring its footprint to 61 medical centers providing care to 90,000 patients, an announcement said at the time.

Cano’s primary care clinics are tailored to seniors in the fast-growing Medicare Advantage market. It operates a risk-bearing or capitated care model, through which doctors take on risk for the services they provide, sources said.

InTandem, which backs mid-market healthcare and insurance services companies, looks set to make out well in a potential sale.

In September, Hernandez told Inc. that “the company is in the midst of its greatest single year of growth in its history.” Cano is now treating more than 6,000 patients per day, up 50 percent from pre-covid levels – with telemedicine visits about 70 percent of that total, Hernandez told Inc.